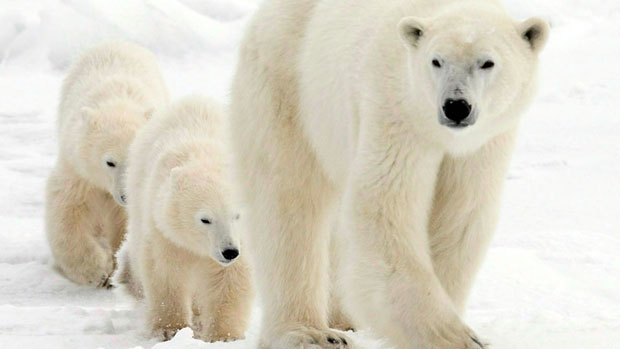 The United States is again lobbying for an international ban on the trade of polar bear parts, after a previous attempt failed in 2010.

Officials have submitted a proposal to reclassify the animals under Appendix I — as a species threatened with extinction — of the Convention on International Trade in Endangered Species or CITES. That would shut down the commercial trade of hides, teeth and claws.

This is the second time the U.S. has tried to get a ban on the international trade of polar bear parts. In 2010, the first American proposal was defeated at a meeting in Qatar.

Nunavut Tunngavik, the land claims organization in Canada’s eastern Arctic territory of Nunavut, is outraged by the move.

Officials from NTI, ITK, the Inuvialuit Game Council, the Government of Nunavut and the Government of Canada, went to Washington this year to talk to U.S. politicians about Canadian polar bear populations and Inuit harvesting practices and to lobby against an Appendix I proposal.

NTI accuses the U.S. of using the threat of climate change to justify banning the trade of polar bear parts, while failing to reduce their own activities that make their country one of the world’s largest contributors to climate change.

Polar bears are currently listed under CITES under Appendix II — as a species that is not necessarily now threatened with extinction but may become so unless trade is closely controlled. Permits are required for international trade.

This latest proposal will be voted on by 176 countries at the next CITES meeting in Thailand in March.

Eeteelook said all the Inuit organizations and the territorial and federal governments will team up and lobby to defeat the proposal.