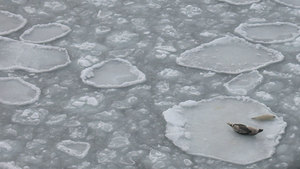 Seals to be killed in Scotland, Finland, Sweden to protect fish stocks

The Canadian Sealers Association is slamming European politicians for allowing seals to be killed within their own waters, while banning Canadian seal products.

“What it shows is what they’re doing now is hypocritical,” said Frank Pinhorn, the association’s executive director, reacting to how seals are being culled in Scotland to protect spawning salmon.

European parliamentarians also voted recently to co-ordinate seal population control measures because of the threat they pose to fish stocks.

In Sweden and Finland, seals are also killed despite the European Union’s long-standing objections to Canada’s hunt of harp seals, which European politicians have often cast as cruel

“It’s two-faced. Individuals making decisions that are not thought out and it doesn’t demonstrate any sense of common sense,” said Pinhorn.

“It’s already underway over there. We know for a fact that in Scotland they’re culling seals on their aquaculture sites,” Pinhorn said.

Canada is appealing a 2009 EU ruling on seal products at the World Trade Organization.

The EU decision dealt a devastating blow to Canada’s seal industry, with market demand now reduced to a fraction of what it was in years past.

Fishermen in eastern Canada have frequently blamed the growing seal population for hurting fish stocks, especially cod, which has been in poor shape for more than two decades.

In a statement to CBC News, the Department of Fisheries and Oceans said a cull may be necessary.

“We recognize that population management measures may be required,” the statement said.

“In Canada we continue to support a sustainable harvest, along with a market-driven, profitable commercial solution as the preferred solution to population control instruments, as it continues to provide important sources of food and income while helping to address seals’ impacts on ecosystems.”

However, Andy Ottaway, who works with the Seal Protection Action Group in Scotland, said Europeans will not tolerate an expanded seal cull.

“There are obviously certain elements in the EU that may be under pressure over the recent ban on seal products,” said Ottaway, whose group was formed to fight the culling of seals in the Orkney Islands.

“Perhaps this is some sort of attempt to redress that. I don’t think it’s the kind of proposal that’s likely to lead to any kind of serious action.”