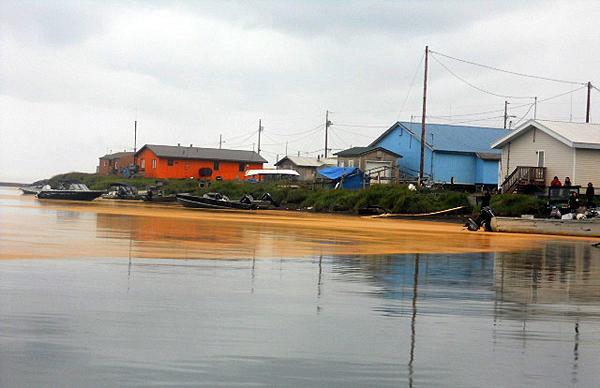 The Arctic Village of Kivalina may run out of fresh water this winter. Governor Sean Parnell declared a disaster in the village last month after heavy rainfall flooded the Wulik River and washed away some of the city’s surface water piping.

By the time the state Office of Homeland Security and Emergency Management had shipped a new high speed pump and pipe to the community, it was too late according to City Administrator, Janet Mitchell.

Slush clogged the pipes and the crew gave up.

It’s not clear how much water made it into the tanks. Mitchell, who grew up in Kivalina, says residents have always tried to conserve water.

But the majority of Kivalina’s 436 residents don’t have boats or snowmachines to access large quantities of fresh drinking water. So they use the local washeteria. It’s unlikely to remain open through the winter.