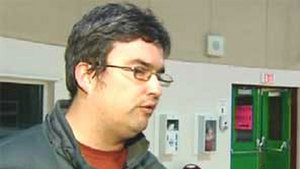 The promoter of a railway from Canada’s Alberta province to Alaska through Canada’s northwestern Yukon territory denies that he is telling people it has been approved by Yukon First Nations and the territorial government.

A story in the Financial Post makes the claim.

The multi-billion dollar project would see oil from the oil sands shipped by rail to the port at Valdez in Alaska.

B.C.-based business consultant Matt Vickers, who is promoting the railway, said the project hasn’t gone to the formal approval stage yet.

“We would never, ever think of trying to say we’ve got approval when we haven’t even done consultation and accommodation. We’re at the information-sharing stage and that’s the permission we’ve got to go forward,” he said.

Vickers acknowledges the proposal has been kept relatively quiet. He said public consultation will be ramped up as part of a future feasibility study.

The railway is being touted as a less controversial alternative to the pipeline across northern B.C.

Vickers said the Yukon government’s Economic Development Minister Currie Dixon has given him a letter of support.

He added that the project has also been approved by Kaska leaders through the feasibility study stage.

The Yukon government has released a letter it sent to Vickers about the railway.

In the letter, the government says the project could decrease transportation costs to and from the territory and increase Yukon’s competitiveness. But the letter does not explicitly support the proposal.

Liard McMillan, the chief of the Liard First Nation in Yukon, said his First Nation is still considering whether the railway would be a benefit.

“I think we also need to consider the potential environmental and socio-economic impacts of the project that basically goes right through the heart of our traditional territories as something we take very seriously,” he said.