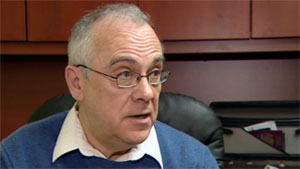 A recent task force report on the liquor act in Canada’s eastern Arctic territory of Nunavut made more than 40 recommendations, including opening beer and wine stores where the community approves it.

If any community in Nunavut is going to get a beer and wine store, it would likely be Iqaluit, the territory’s capital city. With a population of close to 7,000 and growing, the city is three times bigger than the next largest community, Arviat.

The task force believes opening beer and wine stores is a way to reduce harm, restrict access to hard liquor and cut in to the bootlegging business.

The city’s new mayor just read the report, and hasn’t discussed the idea with council. But John Graham said he believes a beer and wine store is a good idea.

“The system is so broken right now, it’s not working,” he said. “Any steps that can be taken to reduce the impact on citizens is going to be welcomed in my opinion.” 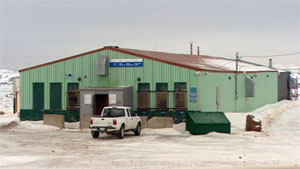 Some people in the city are hesitant about the idea; others say the current restrictions only fuel the bootleggers and sales for their $200 bottles.

Iqaluit used to have a liquor store but it was shut down in 1976. It’s a liquor warehouse now, locked down and barricaded. The report says bootlegging is a $10 million a year business in the territory and 95 per cent of calls to police involve alcohol.

Iqaluit is also a transportation hub so opening a beer and wine store in the city could turn on the tap in smaller Baffin communities such as Kimmirut, Clyde River, or even Grise Fiord.

Lew Phillip spent his career with the RCMP and now lives in Iqaluit.

“It’s the smaller communities I worry about and the bootlegging,” he said in Inuktitut. “Inuit have lived with alcohol for years and so if we open a liquor store here, then we should give that option to all the communities.”

The Liquor Task Force’s report was tabled this month in the legislature and any changes to the current liquor act could still be years away.