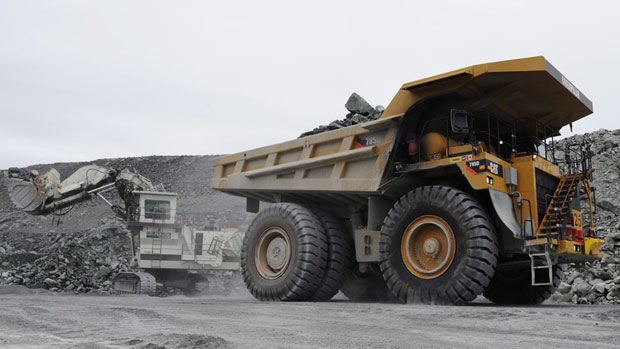 Mining has becoming one of the most important industries in Canada’s remote northern territories. But often, the local population is unable to take advantage of some of the specialized jobs that become available.

But in Canada’s eastern Arctic territory of Nunavut, a new underground mining course will be offered starting January 2013 to try to change this.

Eye on the Arctic’s Eilís Quinn recently spoke to Michelle Buchan, manager of Inuit employment and training at the Kitikmeot Inuit Association in Cambridge Bay, Nunavut, who says a course like this is important to the development of the region.

What role does the mining industry play in your region of Nunavut?

The mining industry is just beginning to expand in our region. We know that in the future there’s going to be a high demand for mining related jobs. I think the members of the communities in our region are excited about the prospect of being able to secure good jobs in the mining industry and looking forward to training to meet the demands of those jobs.

Why did you decide to offer this course?

Kitikmeot Inuit Association has a mandate to help the beneficiaries of our region with training and employment needs and to try and raise the economic situation of our region. With mining coming in we realise that a lot of our residents don’t have the specific training that will be needed to secure careers or jobs in the mining industry.

So we’re trying to be proactive to get some of that training going before the need arises so that as exploration camps are setting up there is employment for people. And when mines do open up we’l have a good pool of potential employees for the employers to draw from.

What will be covered in the course?

It will give students a general overview of the mining industry with an emphasis on underground mining. These courses provide a basis for what exploration camps and mining companies look for when they are hiring their employees. The objectives of the program are to provide an overview of the mining process so participants will be able to make informed career choices about exploring other careers in the mining industry.

What are your hopes for the students after they’ve finished the course?

We’re hoping that just having this basis of skills they’ll get through the intro course will give them enough experience that they can be valuable and contributing employees at some of the local exploration camps that are set up in our area as well as possibly securing employment at the Diavik Diamond Mine or BHP-Ekati mine in the Northwest Territories.

We know what’s coming in our future, and the future is in mining and the mining industry in this region. That’s doesn’t mean we don’t focus on any other kind of training, but we realise there’s a large gamut of jobs and careers available related to the mining and mineral industry.

If we can get people trained so they aren’t walking in at entry level jobs and they have the capacity to take on some of the higher level jobs in the industry that’s only going to do positive things for the economy in our region.

This interview has been edited and condensed.

To listen to the complete interview on Radio Canada International, click here