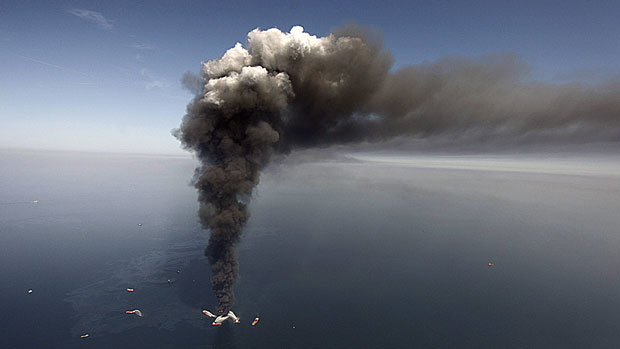 The Canadian government is set to bring in a new law to make resource companies pay more if they have a spill during off-shore drilling.

Environment Minister Peter Kent told reporters this week his government is about to bring in “significant” changes to liability for polluters.

He wouldn’t go into details but said there is a need for change.

“I can’t break cabinet confidence, but I can assure you we are well aware, not only as it pertains to diversifying markets and increased pipeline traffic, but in terms of liability for offshore drilling,” Kent said Tuesday.

Sources familiar with the process say the federal government has been consulting with resource companies and environmental groups about the new legislation. Minister of Natural Resources Joe Oliver is taking the lead and is expected to go to cabinet for approval by the spring.

The sources also said the new law is a result of growing government concern over public protests against resource projects such as the Northern Gateway Pipeline, and the feeling that there’s a need to reassure the public it won’t be on the hook for possibly billions of dollars to clean up any future oil spills.

It’s not clear what the new caps will be in Canada, but sources have told CBC News the government is promising to bring in a “world-class system” with liability caps “in the billions.”

But the huge cleanup costs for recent events like BP’s Deepwater Horizon spill in the Gulf of Mexico have prompted new discussions about company liability.

Recent estimates for the cleanup costs of that spill are more than $40 billion US.

Travis Davies, of the Canadian Association of Petroleum Producers, said his organization has been consulted but said the industry group hasn’t decided what the new liability caps should be.

“We are working with our members to determine a position on changes to the existing regime and once we’ve worked through that process we hope to be consulted further when/if government determines what changes are being contemplated,” Davies said in an email to CBC News.

Oliver, who is still away from work recovering from heart surgery, responded to CBC News in an email that the changes are a priority for his government.

“Our more recent initiatives to increase environmental protection include increasing the number of inspections of federally regulated pipelines by 50 per cent, doubling the number of annual audits, a requirement for double-hulled tankers, mandatory pilotage of vessels and enhancing requirements for navigational tools,” Oliver wrote.

“In Canada, the foundation of our environmental liability regime is polluter-pay. Our government is committed to periodically assessing financial liability to make certain that Canada’s polluter-pay system remains among the strongest in the world.”

That’s probably not going to convince environmental groups to support it. Organizations such as Ecojustice have been pushing for unlimited liability for resource companies, arguing that all cleanup costs should be paid by the companies.

“Oil companies should face unlimited absolute liability for spills, in accordance with the polluter-pays principle,” said Will Amos, an environmental lawyer with Ecojustice.

“The industry’s dirty little secret is that oil spills can never fully be cleaned up. The oil and environmental devastation that accompanies an offshore spill lingers forever.”

The timing of the new liability law is probably no accident.

The Federal Environment Commissioner is bringing out a new report next week that includes an in-depth look at the federal systems in place to protect taxpayers against the costs of accidents in the mining, nuclear, offshore oil and gas, and marine transportation sectors.

By drafting this new law, the government can say in response to the commissioner’s report that it is “working on it.”