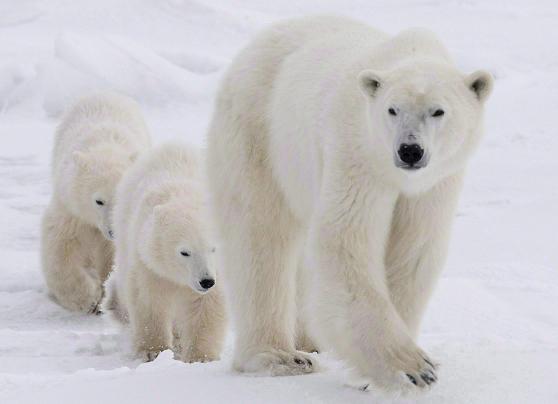 One representative from each of Canada’s provinces and territories that manage polar bear populations are in Nunavut’s capital city of Iqaluit this week along with members of regional wildlife boards to discuss the state of Canada’s bears.

It’s the first time in 10 years the Polar Bear Technical Committee has met in Canada’s eastern Arctic territory of Nunavut.

“We’re very pleased that we can host it this year and that the meeting is in Nunavut especially since all of the international attention on polar bears,” said Drikus Gissing, director of wildlife management for the Government of Nunavut.

“Nunavut is responsible for almost two-thirds of the world’s bears and 90 per cent of Canada’s bears, so having it in Nunavut is very important.”

The provinces and territories on the committee are Manitoba, Newfoundland and Labrador, Northwest Territories, Nunavut, Ontario, Québec and Yukon.

“That part is one big issue Inuit have always been pushing for — to include traditional knowledge, to use that in studies. For us Inuit, it’s never been enough.”

Marsha Branigan, manager of Wildlife Management for the Inuvik Region and the meeting’s co-chair, said in the 17 years she has been attending these meetings, traditional knowledge has become more incorporated.

“It was rarely discussed when we first started this committee but that’s changed a lot,” she said.

“All of the co-management boards that have land claim agreements are part of the committee and they provide and bring traditional knowledge to the table.”

The committee is working to develop the annual report on the status of the polar bear. The meeting wraps up later Thursday.