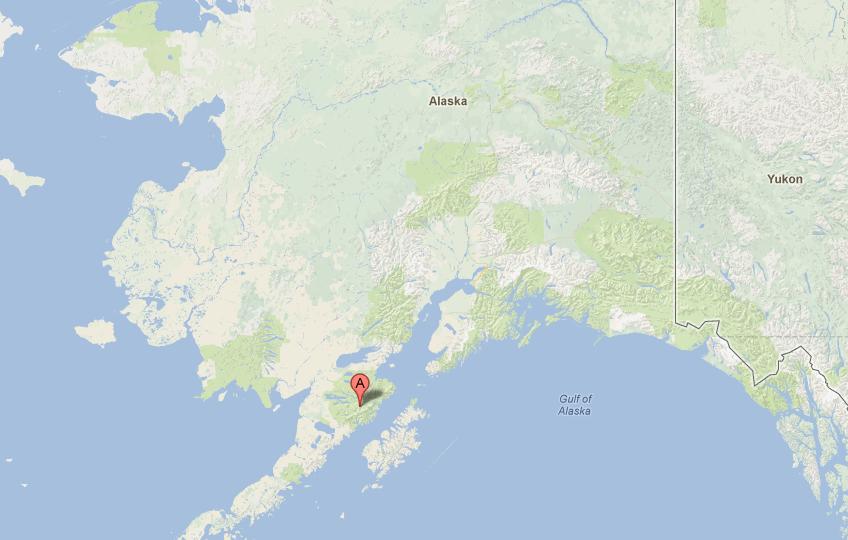 The Alaska Region of the National Park Service announced this week it is moving ahead with a plan for a $7.4 million bridge to almost nowhere in remote Katmai National Park and Preserve, where park headquarters can be reached only by boat or bush plane.

The bridge would connect Brooks Camp, where park rangers greet tourists, to a 23-mile-long, gravel road to nowhere.

The road dead-ends in the Valley of 10,000 Smokes, ground zero for the Novarupta volcano a century ago.

Novarupta was the most powerful eruption of the 20th century, according to Geology.com. Geologists estimate it was 30 times more powerful than the 1980 eruption of Mount St. Helens in Washington. The explosion was so loud it was heard 750 miles to the southeast in the state capital of Juneau. It took the sound more than an hour to cover that distance.

The Valley of 10,000 Smokes became a steaming wasteland. Over the past 100 years, it has slowly begun to recover. Fumeroles have stopping smoking, but the desolate, ash-filled valley remains a tourist attraction.

Tourists now get to it by crossing a floating bridge on the Brooks River to where a bus awaits. The Park Service wants to build a 350-foot-long elevated bridge to replace the floating bridge.

Where the funding would come from is unclear. A park service press release which announced the selection of the elevated bridge as the preferred alternative in the agency’s environmental impact statement for development in the 4-million-acre wilderness area noted that “the project – which may be built in phases – is estimated to cost $7.4 million, and is not yet funded.”

On a national level, conservation groups contend the park service is already under-funded, and things could get a lot worse in March if previously mandated 5 percent cuts in the federal budget — the so-called “sequestration” reductions — are actually imposed.

All of those things are sure to raise questions about spending $7.4 million on a bridge in a famous, but seldom visited, park. Fewer than 50,000 people per year now visit Katmai, though it is on the bucket list of many, primarily because of the often-photographed and now world-famous brown bears that gather at the falls on the Brooks River.
Expensive flights to Katmai

Visitation to the park peaked at more than 80,000 in 2007 and has fallen since. Rising airfares appear partly to blame. Getting to the park from Outside Alaska requires a flight to Anchorage; a connection to King Salmon, which costs $650 roundtrip as of this report; and a floatplane flight from there to Brooks Camp on the shores of Naknek Lake, another $200.

Still, many dream of coming to see the bears, and the bears, according to the Park Service’s EIS, are a key part of the reason for building the expensive, permanent bridge elevated 10 feet above the river. Such a structure would be inaccessible to the bears, who now sometimes pose an impediment to people trying to use the floating bridge.

A 2009 park service study noted human traffic across the bridge is often delayed by bears in the area. The animals, which can weigh more than 1,000 pounds, are potentially dangerous. They have never killed anyone in or around Brooks Camp, where the federal agency closely monitors both people and bears, and sometimes hazes the latter if they appear too aggressive.

But Kaflia Bay on the south side of the park is the sight of one of the most infamous bear attacks in Alaska history. It was there in 2003 that self-professed “bear whisperer” Timothy Treadwell and girlfriend Amie Huguengard were killed largely eaten by a Katmai grizzly. The incident underlined the danger of the animals.

The park service at Katmai has sought to protect visitors to Brooks Camp by building bear-viewing platforms safe from bears near the falls and along the lower river. The platforms, however, are on the opposite side of the Brooks River from the camp, as are some facilities for park staffers.

That creates the problem the park service noted in 2009: “During the peak bear use periods of late June through July and September, brown bear activity near the floating bridge intermittently delays river crossing, at times for prolonged periods.”

An elevated bridge and some new boardwalks would solve that problem and make things more convenient for tourists, the agency said. The bridge would also allow “staff to move between the lodge, campground and NPS offices on the north side of the river and viewing platforms and facilities on the south side of the river.”

Park staff, like park visitors, are often forced to play a game of dodge-the-bears when moving about the Brooks camp area. Established in 1918 as a Novarupta study area, the Katmai park has in past decades become much better known as a bear preserve and viewing area.