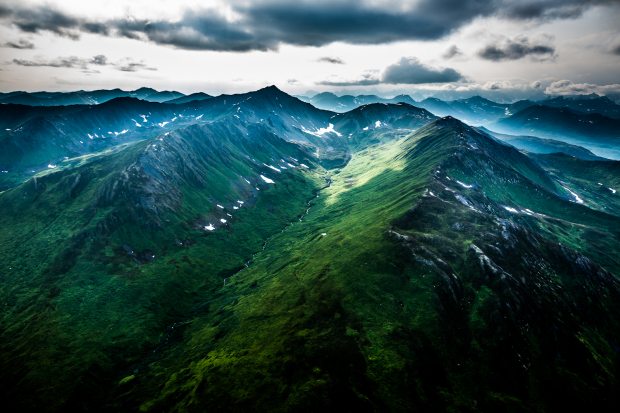 Though the U.S. Department of Agriculture has recently warned of big changes in store for the nation’s forests because of global warming, a trio of National Park Service scientists who’ve completed an exhaustive examination of forests in Denali National Park and Preserve report no evidence of such changes coming to Interior Alaska anytime soon.

The peer-reviewed study was just published in “Ecological Monographs,” the journal of the Ecological Society of America.

In the study, lead researcher Carl Roland and his colleagues note that “recent studies suggest climate warming to Interior Alaska may result in major shifts from spruce-dominated forests to broad-leaf dominated forests,” but then go on to report their 10 years of study of the vegetation spread across a nearly 5,000-square-mile swath of Denali found no evidence to support that theory.

If anything, the report contained what many in Alaska might consider good forest news.

“Contrary to recent work,” the study says, “our results suggest that white spruce distribution may actually increase in Denali National Park and Preserve under warming conditions rather than declining as previously predicted as white spruce expand into areas formerly underlain by permafrost.”

Permafrost areas now tend to be dominated by spindly black spruce, the trees famous for creating Alaska’s “drunken forests.” The trees tilt, lean and almost seem to stagger as the permafrost beneath the soil melts and the ground settles in an irregular fashion.

What Ralston and the others found is that as the permafrost disappears and the acid nature of the soils that supported black spruce begins to change, white spruce colonize. White spruce are the bigger, healthier-looking trees newcomers to Alaska often mistake for “pine trees.”

The Alaska Division of Economic Development describes white spruce as a tree that provides lumber that “gives good service in ordinary construction….The wood is easy to work….It takes paint and varnish well and can be easily stained. The wood is readily sliced to a smooth, silky finish, which is advantageous for the manufacture of veneers and plywood.”

The U.S. Agriculture Department lists the prime uses of black spruce as pulp and firewood, noting the trees are generally too small for turning into lumber. All the trees in Denali Park are, of course, protected, but the study has implications that range far beyond federal reserves.

As the authors write, “The (planet’s) boreal forest is the second largest terrestrial biome on Earth, representing approximately 14 percent of the vegetation cover and 29 percent of the total forested area.”

Changes in the boreal forest linked to global warming have been a concern across the northern hemisphere and into the Arctic because of the lack of plant diversity in these forests. Only six native tree species exist in the boreal forests of the Alaska Interior.

Given that, the study recognized that “changes in boreal forest tree species’ composition could have numerous important cascading ecological affects” on everything from insects to birds to large wildlife. Some scientists have, for instance, speculated that global warming could spark dramatic changes in Alaska plant life that would alter entire ecosystems forever. Those theories have ranged from the disappearance of trees in favor of a grassy Interior steppe to the conversion of large areas of tundra to forest.

Roland and his colleagues appear skeptical of those changes materializing — at least anytime soon — and warn that much theorizing to date has been done on the basis of limited evidence. “Most of the available field data describing habitat preferences and patterns in the spatial distribution and abundance of tree species in Interior Alaska come from studies undertaken in limited areas at subjectively selected and/or relatively accessible sites near population centers,” they write.

Now there is a better picture of the situation based on 10 years of studying what happened to trees growing on 1,107 plots within 45 mini-grids on the north side of Denali. Some of the areas had burned in wildfires, which some thought could play significant roles in forest change.

But even in burned areas, Roland and the others reported, spruce trees were coming back in force. Conversion to broadleaf forests of birch, aspen and balsam popular just doesn’t seem to be happening because of fire.

Spruce trees continue to be in control in the boreal forest, the plan concludes, and they are — if anything — expanding their range upward onto mountainsides and into areas with decaying permafrost, thanks to a nearly 3.5 degree increase in temperature in the area since the 1960s.

How broadly the Denali findings apply across the width and breadth of Alaska, not to mention the rest of the northern hemisphere, remains to be seen. Similar studies are now on-going in the Wrangell-St. Elias National Park and Preserve along the U.S.-Canada border in Alaska, and in the Yukon-Charley Rivers National Preserve to the north of Denali.