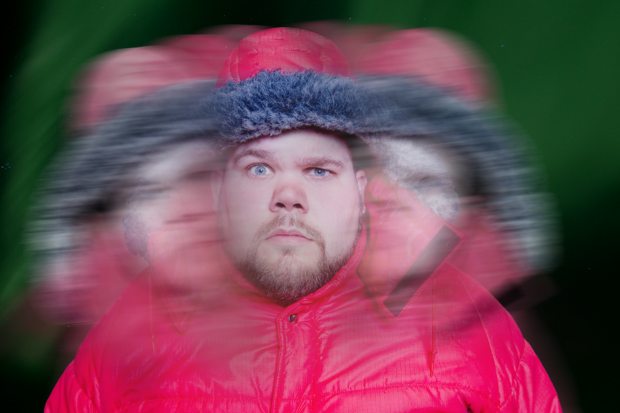 Arctic populations already know about many of the physical health issues they risk by living in one of the world’s most extreme environments: vitamin deficiencies, frostbite, hypothermia. Some of the mental health risks are also well documented, including depression and Seasonal Affective Disorder (SAD).

Unknown to many, however, is a rare, more extreme disorder dubbed pibloktoq, or “Arctic Hysteria.” Said to cause brief periods of erratic, sometimes disturbing behavior, the disorder is even recognized by the American Psychiatric Association in its “Diagnostic and Statistical Manual of Mental Disorders,” the handbook commonly used by U.S. mental health professionals in summarizing various issues among patients.

The DSM entry for Arctic Hysteria reads as follows:

“An abrupt dissociative episode accompanied by extreme excitement of up to 30 minutes’ duration and frequently followed by convulsive seizures and coma lasting for up to 12 hours. This is observed primarily in Arctic and Subarctic eskimo communities although regional variations in name exist. The individual may be withdrawn or mildly irritable for a period of hours or days before the attack and will report complete amnesia for the attack. During the attack, the individual may tear off his or her clothing, break furniture, shout obscenities, eat feces, flee from protective shelters, or perform other irrational or dangerous acts.”

Sounds scary. But should Alaskans be worried about succumbing to “Arctic Hysteria?”

The bulk of reports of pibloktoq come from contact-era accounts of European and American explorers interacting with native populations of Greenland, rather than the populations of Alaska Natives or the Inuit that populate much of Canada’s northern regions.

Historian Lyle Dick, a skeptic of the validity of Arctic Hysteria, has looked at a number of these reports, and documents many of them in his book “Muskox Land: Ellesmere Island in the Age of Contact.”

A couple of cases stand out: in one, big-game hunter Harry Whitney is staying in the igloo of two women whose husbands have gone out to hunt for an extended period of time. As Dick writes, drawing from Whitney’s own record of the observation:

“…the two women cried for the return of their partners. They were very short of food, having been obliged to kill three of their dogs that day to eat, ‘an additional cause for worry.’ Later that night (Whitney) was awakened by Torngi’s screams. He wrote that she was ‘shouting at the top of her voice — shrill and startling, like one gone mad.'”

Several reports originate with the American explorer Robert E. Peary, who documented these cases of so-called Arctic Hysteria during expeditions around the turn of the 20th century. The accounts of pibloktoq all generate from populations of a Greenlandic people known as the Inughuit, frequently enlisted into crews during expeditions attempting to reach the North Pole in the early 1900s.

Peary reported a particularly intense case of Arctic Hysteria among several of his crew while in a snowed-in igloo they had constructed during “infernal” snow storms on a 1900 expedition. A physician accompanying the expedition, Dr. T.S. Dedrick, also reported observing the onset of pibloktoq.

Dick looked at 40 cases of pibloktoq in his book and offered a number of explanations for the origins of Arctic Hysteria. There were certain aspects of these cases that seemed to coincide with certain seasonal or environmental precursors — more than one-quarter of the cases occurred during the month of October, and the majority occurred in the high Arctic, on approach to the North Pole.

Dick notes that the fading light during the autumn months could contribute to the increase of reported cases of Arctic Hysteria, in much the same way that cases of depression and SAD spike during the winter months. Many of these cases also took place during extended periods away from home, which might have contributed to mental instability, especially in such an extreme environment.

But there are also several reasons to doubt the validity of such accounts, including the fact that they were being made by western explorers observing a culture mostly unknown to them, which may have biased their recordings of the events. As a 2003 article on the subject notes, the word pibloktoq does not actually exist in Arctic Inuit language.

Another theory is since these cases were only recorded in a small population of Greenlandic Inuit, the observers were simply recording a cultural phenomenon, possibly associated with religious or shamanistic rituals unknown to the explorers.

Then there is the dearth of cases of Arctic Hysteria over the last century or so. Given the increase in recording and observation of populations in the high north — both indigenous and otherwise — one would think the incidence of Arctic Hysteria would only seem to increase, but that hasn’t been the case.

Arctic Hysteria certainly shares symptoms of other problems associated with the far north. In particular, shedding clothing and irrational thinking and behavior can be associated with advanced stages of hypothermia. Another researcher suggests that perhaps an excess of Vitamin A — a common nutrient in the liver of polar animals like the walrus or polar bear — could be to blame for erratic behavior like that observed in cases of Arctic Hysteria.

Arctic Hysteria may not exist for much longer, though. Its primary validity is due to its continued inclusion in the DSM, under an appendix known as “culture-bound syndromes.” The existence of these culture-bound syndromes is in itself a cause for debate, and the last update of the DSM came nearly 20 years ago.

Whether or not “Arctic Hysteria” will be included in the next edition of the DSM — due out this coming May — remains to be seen. In the meantime, Alaskans worried about falling victim to this disorder of the Arctic can rest easy in the lack of cases in the state, and instead worry about those other, well-documented dangers of life above the Arctic Circle.