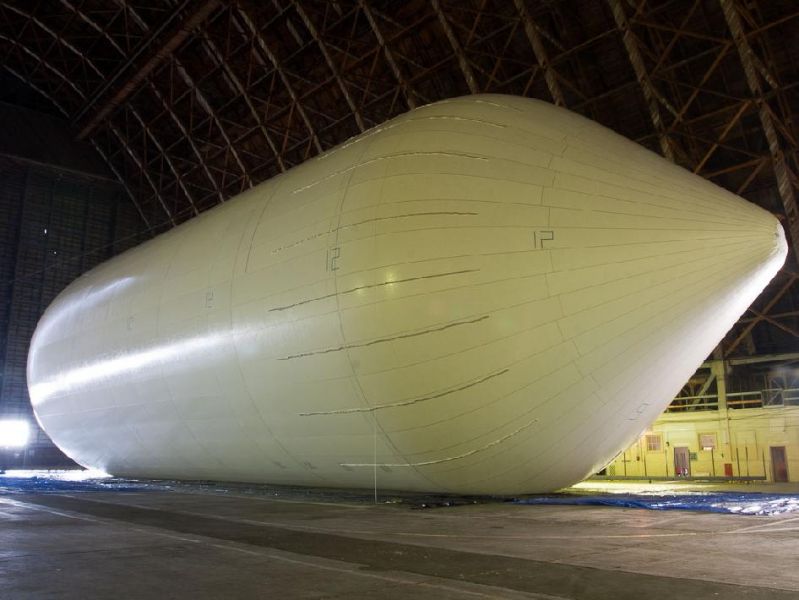 It’s a bird, it’s a plane – no wait, it’s a blimp! For the first time since the 1920s, a modern day airship will travel to Alaska this summer to conduct field work and show off its potential for becoming a permanent fixture in Alaska’s skies.

Francis Grover, business manager with Skyship Services, said the company is “quite excited” for the northward journey. The blimp, a Skyship 600, will arrive in early July and plans to stick around until September.

Lifting off from Orlando, Fl., the blimp will travel for 6 weeks at speeds of 40 miles per hour before it lands in the 49th state, making stops along the way.

The Skyship 600 is the largest blimp in operation in the world, at a length of 200 feet; it’s able to carry a 2 ton payload, and 15 passengers at a time. The blimp will usually cruise for around 18 hours at a time, but its record for staying aloft is 50 hours straight, Grover said.

During its time in the state, the airship will conduct surveys for oil companies of wetlands and other vegetative areas; Grover declined to name the companies it will be working for. He also hopes the company will “spead some goodwill” during its time in Alaska and show off the potential airships have in the Last Frontier. The company hopes to make return trips to the state, and eventually have airships based in Alaska full-time.

According to a press release sent out by Alaska Sen. Lesil McGuire, blimps have potential as “outstanding platforms for aerial surveys” due to their slow speeds and low altitude flying.

“Alaska’s limited road system in turn limits the ability to efficiently survey our resource rich lands,” said Senator Lesil McGuire (R‐Anchorage) in a press release. “It makes perfect sense for Alaska to have an airship to open up access to opportunities in resource development that will help secure Alaska’s financial future.”

If airships do become a part of Alaska’s aviation force, they will be able to run year-round, even at extreme temperatures, Grover said. He pointed to studies conducted by the U.S. Navy in Arctic Canada in the 1960s that found blimps capable of running night and day in the middle of winter, even while airplanes were grounded.

Grover isn’t sure where the blimp will be landing yet once it gets to Alaska, but said they won’t need much space; the airship needs only 400 square feet to land, no runway required, as it takes off and lands vertically. But once in the skies, the massive vessel should be easy to spot, so keep your eyes peeled.

Airships over Alaska’s Arctic: Flight of fancy or grounded in reality?, Alaska Dispatch