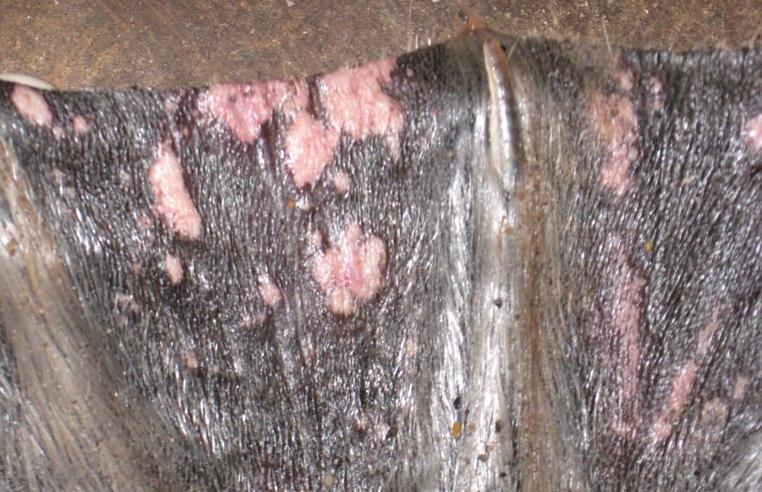 It began in July 2011. Indigenous hunters in Alaska’s Arctic noticed ice seals they rely on for food and other uses covered in oozing sores and losing hair.

They were sick and some were dying.

Ultimately, more than 200 ice seals turned up with similar symptoms, prompting the federal government to declare the phenomena an “unexplained mortality event,” thus opening up research funding and attracting science minds to try to solve the mystery.

As of this month, despite the international group of scientists and researchers the declaration pulled together, no cause has been officially identified for the illness plaguing the ice seals.

In the time since the first sick seal was discovered, walruses and polar bears have turned up with similar ailments. The smallest of the species — seals — has fared the worst. Polar bears seemed to weather their sickness the best, with no fatalities connected to the illness and no clear clues about whether walruses and polar bears were afflicted with the same disease that had struck the seals.

Curiously, the symptoms seem to have diminished since the first sightings of sick seals and other animals began in mid-2011. And Bruce Wright, a scientist with the Aleutian Pribilof Islands Association, thinks he knows why.

“I suspected right from the beginning it was UV radiation,” Wright said in an interview from his Anchorage-based office this week. “I was expecting there would be consequences for an ozone hole that had formed over the Arctic.”

Between March and April 2011, the National Oceanic and Atmospheric Administration (NOAA) documented “unprecedented chemical ozone losses” in the Arctic. Less ozone means more of the sun’s harmful ultraviolet rays reach Earth. Perhaps counter intuitively amid an era of climate change, it was cold temperatures in 2011 that lead to the UV increase. As NOAA explains, cold temperatures in the stratosphere allow polar stratospheric clouds to form, which create a good surface for chemical reactions to occur, namely the creation of chlorine, a gaseous agent capable of rapid ozone depletion.

Wright isn’t suggesting all symptoms uncovered during necropsies of the affected seals are sun-burned related. Some of the animals were found to also have bleeding and swelling in their lungs, livers, lymph nodes and other internal organs. Scientists contemplated whether this was the result of secondary bacterial or fungal infections or depleted immune systems. Still, Wright questions the inter-relatedness of multiple stressors, including sun and UV radiation exposure, and other illness or nutritional deficiencies on the overall health of the animals.

He plans to present his theory in May at a science conference in Russia. “It all just made sense to me. I have just been baffled that nobody else has proposed this (sunburn) hypothesis,” he said.

If sunburn were the culprit, she’d expect a more straight-forward pattern to the injuries, such as burns or lesions on the top of the head or the back — areas where seals would be most likely to get sun exposure.

Other aspects to mystery illness?

Still, the team of scientists Burek-Huntington is assisting has been looking into whether something called photo-sensitization is an aspect of the mystery illness. They wonder whether some other illness in the body is producing light-sensitive blood chemicals, similar to what can happen with hepatitis.

Some skin injury patterns detected on seals support this theory, with lesions consistently found on the eyes, mouth and flippers. Yet, severe hepatitis hasn’t been found in the sick seals. And so the mystery deepens.

One theory? A large algal bloom started in 2009 and which has continued every summer since in the Kotzebue Sound / Chukchi Sea is also being investigated as a factor. Could the bloom cause some chemical reaction in the Arctic animals that in turn has creates photo-sensitivity? Possibly.

“We don’t have a complete answer yet,” said Burek-Huntington, conceding that while many causal agents have been ruled out, there’s much work yet to be done.

Preliminary tests to determine whether exposure from the 2011 Fukushima nuclear plant accident in Japan have also not revealed any answers. More tests on tissue samples for radionuclides associated with the event are being conducted, but those done so far have not yielded any direct connection.

Metabolic and nutritional testing is also being conducted.

Adding to the puzzle is the fact that the cases have tapered off, suggesting either a viral infection or some unique convergence of multiple factors that hasn’t repeated itself. Researchers are also checking if the illness might be just a common ailment in the general population of the animals, like colds are among humans, or if it’s a more limited agent that results in some immunity after first exposure.

Burek-Huntington is suspicious that while there is no proven illness link between the sick seals, walruses and polar bears, there is reason to look for connections. Both seals and walruses showed up with observable illness in 2011, and in both species, some died. Polar bear symptoms were discovered the following spring, in 2012, but none died and none were as ill. The timing makes the veterinarian suspect they are all somehow related. But if they are, connecting the dots will likely be difficult.

Only seals and walrus are included in the current federal study because polar bear symptoms — hair loss, irritated skin, mouth sores — were different and less severe, and there have been previous periods of documented hair loss in the polar bear population. But ringed seals, the ice seal species thought to be most affected by the disease, are a primary food source for polar bears. It stands to reason bears may have become ill after feeding on sick seals in the months leading up to spring 2012.

‘Studying the environment is always more complex than you think’

Unfortunately, when the illness may be linked to multiple factors, it’s harder for scientists to pinpoint the cause.

“The one thing I’ve learned about studying the environment is that it is always more complex than you think,” said Wright, acknowledging there are complexities even to his simple sunburn theory.

And the truth is, many times with investigations of “unexplained mortality events,” the outcome is a frustrating “we don’t know.”

Burek-Huntington remains hopeful this investigation will turn out differently.

“There’s still a lot of possibilities that we are investigating (but) no definitive answers at this point,” she said. “We haven’t given up.”