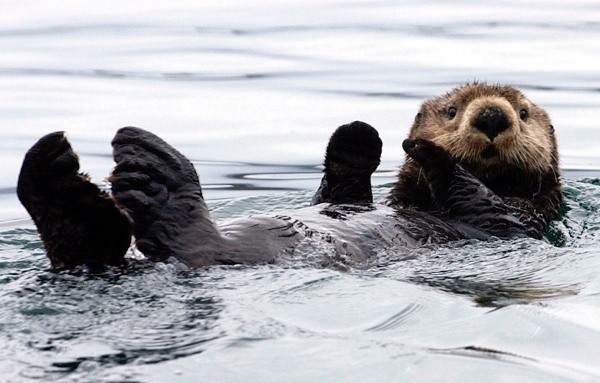 Alaska State Sen. Bert Stedman, R-Sitka, has introduced a bill to establish a $100 bounty on sea otters. Senate Bill 60 would authorize the Alaska Department of Fish and Game to pay a bounty for sea otters lawfully harvested under the provisions of the Marine Mammal Protection Act (MMPA) if the person submits proof satisfactory to the department. Stedman attached a $28,000 fiscal note to the bill to pay for the first year’s bounties.

I’m going to briefly discuss six reasons why Stedman’s legislation is counterproductive and won’t work. There are several other scientific and social reasons why it’s a bad idea, but Stedman’s already made up his mind on that account. So let’s just trot out the six reasons most folks should be able to understand.

Stedman’s bill would authorize the state to pay a bounty for killing sea otters. But the MMPA pre-empted state management of marine mammals. Alaska lost its authority to manage sea otters, even under the supervision of the federal government, in the 1970s. Section 109(a) of the Act specifies that, without prior approval, “No state may enforce, or attempt to enforce, any state law or regulation relating to the taking of any species … of marine mammal within the state …”

Attempting to establish a bounty on a protected species is no way to initiate a transfer of management authority.

The Marine Mammal Protection Act allows Alaska Natives to take sea otters, but only for subsistence purposes or for creating and selling authentic handicrafts and clothing. Nothing in the federal law allows collecting a bounty on the way to the tannery.

If the state authorizes a bounty and someone presents a sea otter for payment, they are going to be in serious trouble with federal law enforcement. A criminal charge could result in a $20,000 fine and a year in prison.

Even if the U.S. Fish and Wildlife Service waffles, we may be sure that private individuals or nongovernmental organizations will take the state to court, and the clear language of the MMPA guarantees the state will lose.

#2 – Stedman based bill on a biased report

The McDowell Group prepared a report in 2011 entitled “Sea Otter Impacts on Commercial Fisheries in Southeast Alaska” for the Southeast Alaska Regional Dive Fisheries Association. The report’s first sentence claims, “The purpose of this report is to estimate the economic loss to Southeast Alaska commercial fisheries due to growing sea otter predation.”

The McDowell Group did an excellent job of attaining their one-sided objective. I can’t fault the fisheries association from focusing on what sea otters cost commercial fishermen. But a politician who’s supposed to consider the interests of more than one special interest, who’s supposed to weigh all legitimate public concerns, should have asked himself, “What will be the economic loss to the Southeast Alaska visitor industry and how will it affect other populations of fish and wildlife if the sea otter population is reduced?”

There is no indication that Sen. Stedman wasted a second on finding answers to those questions.

Bounties are often proposed as a way to reduce competition between people and animal populations for a limited resource. Alaska is no stranger to bounties. During the 40 years prior to statehood, the Territory of Alaska paid nearly $3 million in bounties for eagles, seals, wolves, coyotes, even Dolly Varden char. Bounties on some species continued after statehood.

Many people have no problem spending public money to “incentivize” their business or occupation. However, placating the demands of a special interest group can have ludicrous results. In “Big Game in Alaska: A History of Wildlife and People” Morgan Sherwood cited a cost-benefit analysis by C. Hart Merriam, who found that Pennsylvania “had spent $90,000 over a period (in the late 1800s) to destroy hawks and owls that killed rodents and other pests and were therefore worth $3.9 million to farmers, all in order to save $1,875 worth of poultry.” http://www.amazon.com/Big-Game-Alaska-History-Wildlife/dp/160223034X

Most professional wildlife managers believe bounties are ineffective. Wolves were eliminated throughout much of the American West, but dedicated government trappers and widespread use of poison accounted for most of the carnage. Coyotes have expanded their range and are more numerous than ever despite more than a century of bounties and other forms of lethal control.

Most bounty schemes fail because they neglected to consider more than one side of the issue or account for human nature. Bounties become a source of income, and fraud is often an issue. For example, when the Territory paid bounties on hair seals, agents required seal flippers for evidence – and they cared little if the flippers were from a target species. The Territory paid $1.2 million in bounties for 358,023 “hair seals” from 1927-1958.

Similarly, the bounty on Dolly Varden was quickly discontinued after the Territory doled out $96,344. Fisheries biologists examined 500 fish tails turned in for the bounty and found only 10 percent were Dolly Varden tails. Most were salmon tails. Bounties can also create an economic disincentive to eradicate or reduce a target species. A prudent bounty collector will leave the breeding population intact so more animals are produced next year.

Nevertheless, bounties seem to be effective on marine mammals. After all, they breathe air, and there aren’t many places to hide on the surface of the ocean. In the November 1915 edition of the Zoological Society Bulletin, C. H. Townsend reported that during the previous two years British Columbia paid bounties of $14,329 on Steller sea lions and hair seals. The province’s bounty fund was exhausted after 2,875 sea lions and 2,987 seals were claimed. Townsend and others believed the harbor seal population along the North Atlantic coast was destroyed through bounties instigated by fishermen.

But who’s to say a sea otter supposedly shot in Southeast Alaska wasn’t taken from Prince William Sound, Kachemak Bay, or elsewhere in Alaska? Fish and Game will be paying bounties on sea otters shot from Ketchikan to Attu Island, including individuals animals taken from Southwest Alaska, where the U.S. Fish and Wildlife Service has designated some populations as threatened under the Endangered Species Act. When the funding for bounties is depleted, the program will have had less effect in Southeast Alaska than anticipated.

Townsend, a former chief of the fisheries division of the U.S. Fish Commission, was not amused by the use of bounties. He wrote, “This is the usual procedure with fishermen who may be depended upon to attribute the depletion of fisheries to other causes than the wasteful fishing methods practiced by themselves.” 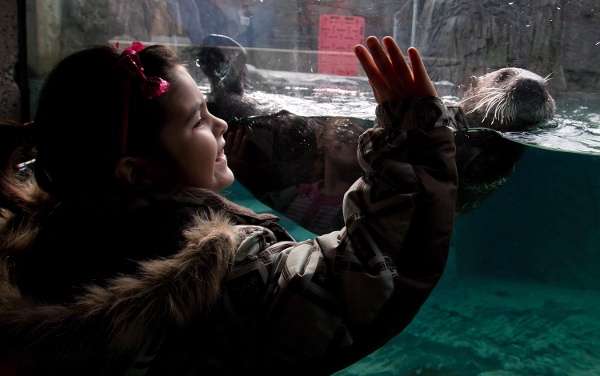 The McDowell Group estimated that between 1995 and 2011 commercial fishermen in Southeast Alaska lost $22.4 million to sea-otter predation. Adding secondary impacts, they concluded that commercial fisheries specializing in sea cucumbers, geoducks, red sea urchins, and Dungeness crabs lost a total of $28.2 million. That’s about $1.7 million per year.

The consultants pooh-poohed the idea that anyone would be willing to pay to see sea otters. “Willingness-to-pay” estimates are “theoretical,” they sniffed. Really? So all the hoopla about tourists, and even Alaskans, paying a premium for charters and guides to show them sea otters, whales, and other wildlife in Southeast Alaska is just a myth?

We know that the McDowell Group knows better because they also wrote a report for the Alaska Wilderness League, another paying customer, that estimated total visitor-related spending by nonresidents in Southeast Alaska in 2010-11, with multiplier effects added, was $360 million. Wildlife viewing accounted for 42 percent of nonresident visitor activities, or about $151 million of the total spent.

This figure is 89 times the payroll generated by sea urchins, geoducks, and other marine invertebrates harvested by dive fishermen. Although the McDowell Group didn’t prioritize which wildlife species were most popular with visitors, charismatic animals like sea otters drive the wildlife-viewing industry.

John Loomis, an economist, conducted a much more comprehensive and unbiasedcomparison of the value of sea otters relative to commercial fishing in California. According to his cost-benefit analysis, the value to the visitor industry of a slight expansion in the range of sea otters in southern California would exceed the costs to commercial fishing. Several studies have estimated a replacement value of $20,000 per otter, based on market prices of captive otters and the cost of rehabilitating oil-soaked wild otters.

So if Stedman’s bill goes into effect, for every $100 paid in bounties, the state (or the commercial fishing industry) should be willing to pay another $19,900 to the visitor industry in Southeast Alaska to fully compensate for the loss of each sea otter.

In his bill’s sponsor statement, Stedman wrote, “it is my intention … to, at the very least, reach the potential biological removal target” of 2,800 sea otters.  The “biological removal target” appears to be what the U.S. Fish and Wildlife Service believes is the level of non-natural mortality that the sea otter population in Southeast Alaska can sustain indefinitely. So, at Stedman’s lower threshold of “success,” the state will pay bounties to maintain the current population level.

Animals reproduce. If you can only reduce the population enough to depress the population until the next birthing season, you can’t expect much relief from the bounty program. I don’t expect our legislators to be experts in all fields, so I’m not surprised that Stedman exhibits an abysmal understanding of wildlife population dynamics. But if he’s confused, he should consult some sea otter experts. In Alaska, they work for the U.S. Fish and Wildlife Service and the U.S. Geological Survey.

Here’s where Stedman’s proposal completely loses it. If Fish and Game is going to pay a $100 bounty and reduce the sea otter population in Southeast Alaska by at least 2,800 animals each year, the legislature has to ante up way more than $28,000. The bill’s fiscal note would only pay bounties on 280 sea otters, a mere 10% of the 2,800 sea otters Stedman hopes to harvest annually.

Of course, it’s possible that Stedman already knows all this and he’s just trying to make a point. Unfortunately, he’s missing the point.

By the 1950s sea otters had been eradicated from the Pacific Coast between Prince William Sound and a small remnant population in California. Sea otters were translocated to Southeast Alaska in the late 1960s and their population has been increasing. In the meantime, a couple of generations of commercial fishermen have earned a living with little or no competition from the voracious weasels. In recent decades divers have established commercial fisheries for several species – like sea urchins and sea cucumbers – that had little or no market value historically. Sea otters aren’t competing with people as much as people are increasing their harvests of sea otter food.

Sea otters have an essential role in maintaining kelp beds. They do it by eating sea urchins. In areas where sea otters have been exterminated, huge increases in sea urchins have consumed and destroyed large quantities of kelp and have prevented re-establishment of kelp beds after major storms. Kelp beds are critical nursery areas for fish and foraging areas for birds and filter feeders like mussels and clams. They dampen wave surges and reduce coastal erosion.  No one has calculated how many millions of dollars this is worth or attempted to weigh the “cost” of sea otter predation to some commercial fisherman against the myriad environmental benefits humans take for granted.

There are many good reasons why Stedman’s bill is a bad idea. And it’s about time sea otters get a little respect for the services they provide fishermen and the rest of us.

Rick Sinnott is a former Alaska Department of Fish and Game wildlife biologist. The views expressed here are the writer’s own and are not necessarily endorsed by Alaska Dispatch. Contact him at rickjsinnott@gmail.com