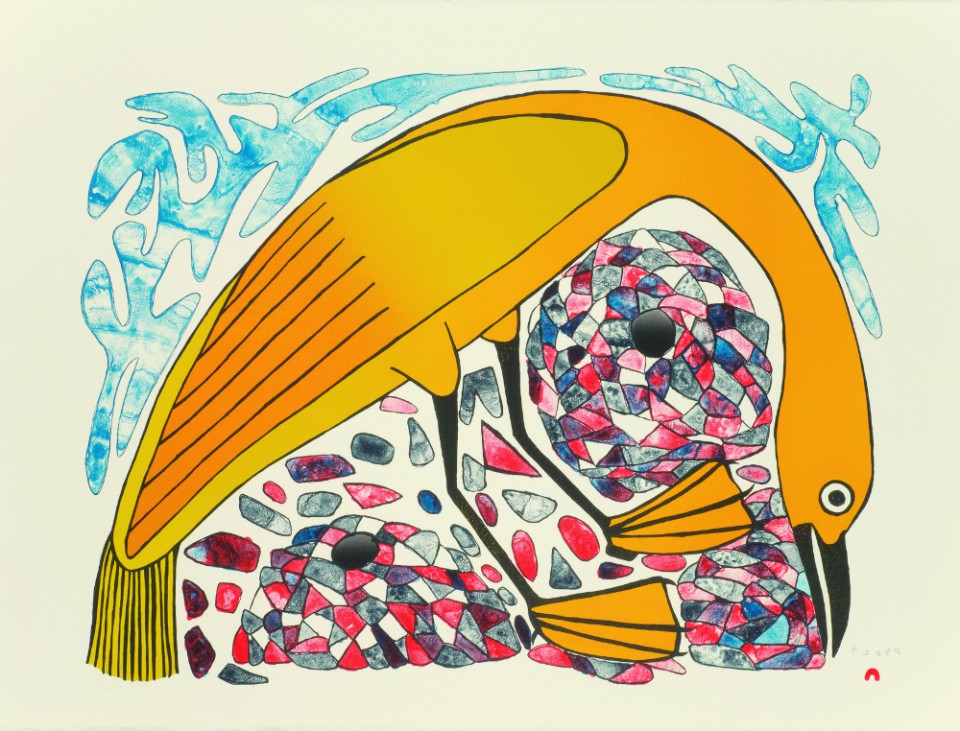 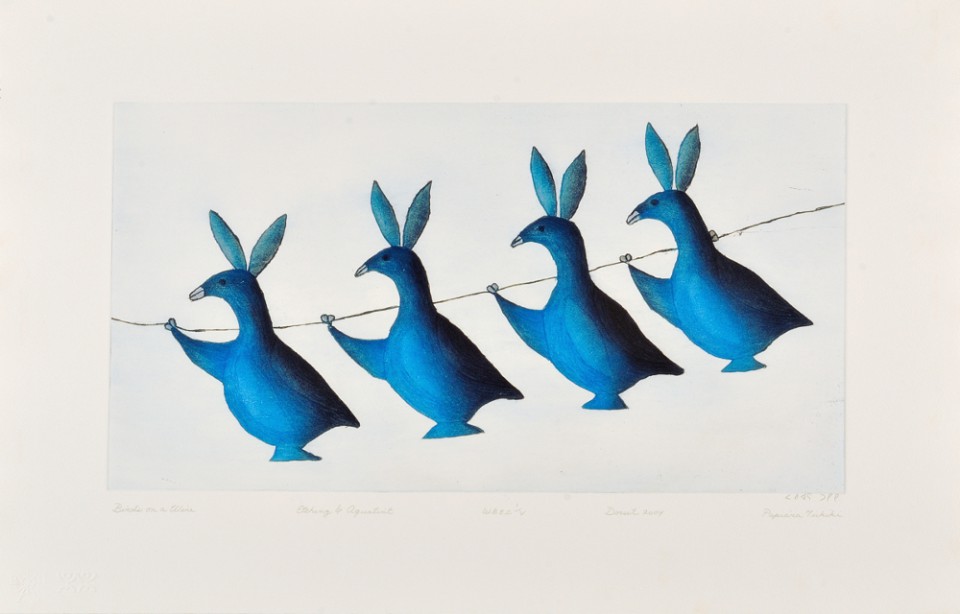 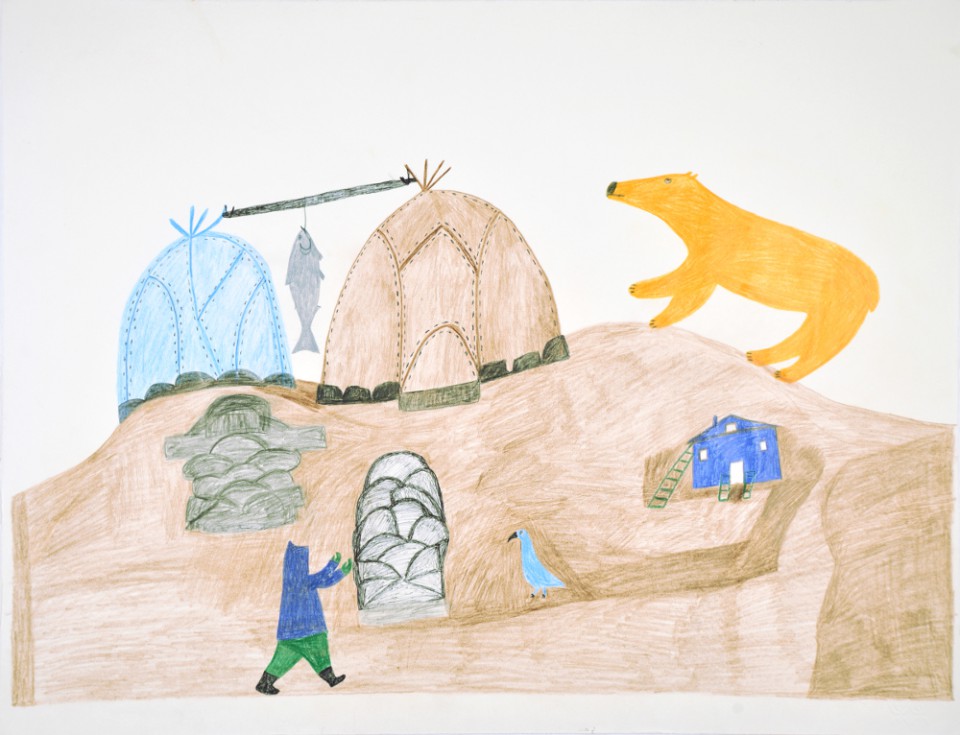 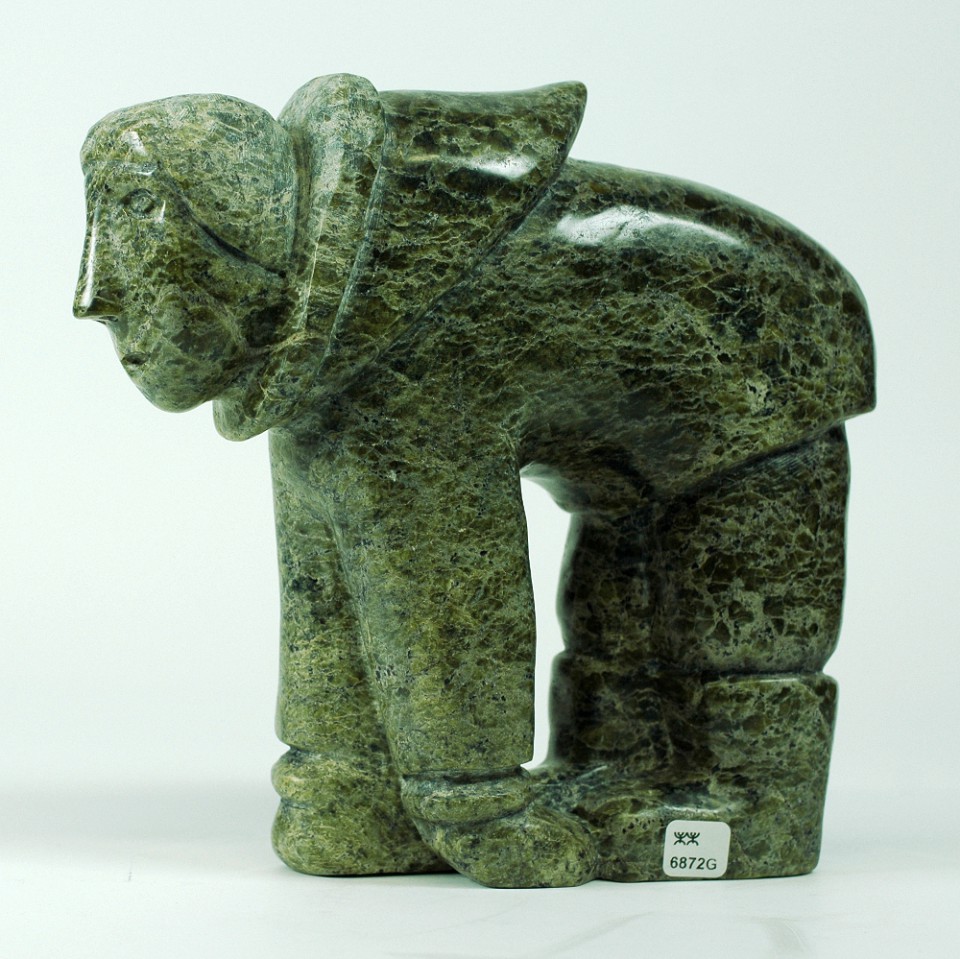 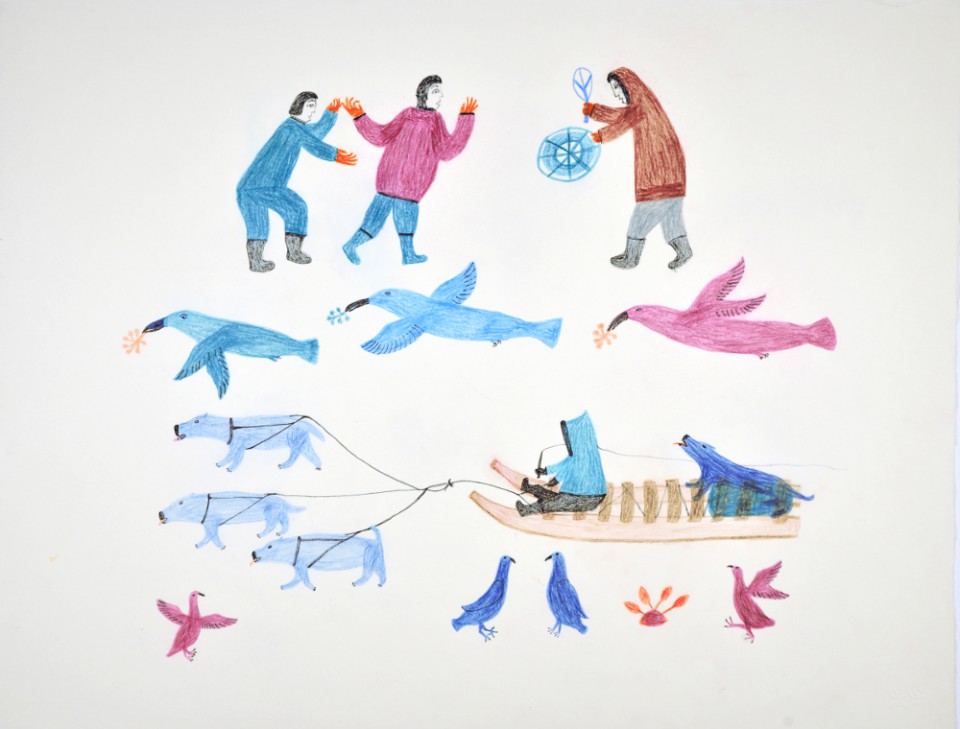 A unique exhibit focusing on works by Inuit women is underway at a Montreal, Canada gallery this month.

Titled Inuit Women Artists, the exhibit at the Canadian Guild of Crafts showcases works by artists from the renknowned Inuit community of Cape Dorset.

The village is located in Canada’s eastern Arctic territory of Nunavut and famed for its printmakers and carvers.

Organizers of the exhibit hope it will offer a fresh look at the evolution of Arctic art.

“We wish to illustrate the transition from camp life to community-based culture,” said Diana Perera, the Inuit and First Nations art specialist at the Canadian Guild of Crafts.

“Secondly, it is very important I think to underline the importance of the visual arts in preserving collective memory and Inuit traditional knowledge, knowing well that few Inuit women have written about their artistic or historic selves.”

The exhibit represents three generations of artists, featuring everything from iconic works by Kenojuak Ashevak to contemporary-themed works by mid-career artists like Shuvinai Ashoona and Ningeokuluk Teevee.

Presenting works this way can help visors better understand  the evolution of both printing techniques and subject matter that moves from  traditional Inuit camp life to social issues and global warming.

“We wanted to have a narrative through art showing what was and what is today, ….” Perera said.  “The art today made by women is looking at the art not only from the inside out but I think (from) the outside in.”

For more on the exhibit and how contemporary Inuit women artists are exploring modern themes, listen to Eye on the Arctic’s Eilís Quinn in conversation with Inuit art specialist Diana Perera:

Canada: Feature Interview – The return of Inuit Art Quarterly, Eye on the Arctic