There are a lot of things you might want to discover on a research cruise in the Arctic.

Chunks of plastic floating around are not amongst them. But that is just what biologist Melanie Bergmann and her colleagues from the Alfred-Wegener-Institute and the Belgian Laboratory for Polar Ecology repeatedly did find while they were cruising through the Fram Strait, between Greenland and Svalbard.

They have just published a study documenting that plastic garbage has even reached the far north of the planet. In the online portal of the magazine Polar Biology, they describe how they found plastic waste floating on the surface of the ocean. 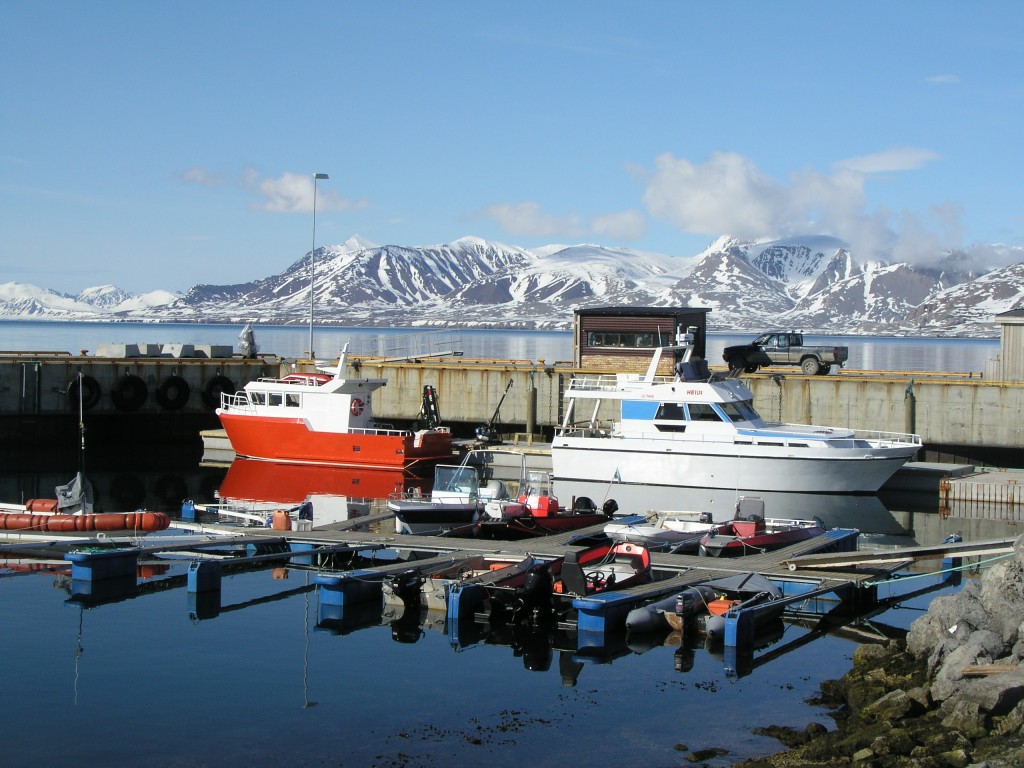 Plastic pollution – a fact of life?

In 2012, Bergmann and her colleagues took the opportunity of joining a cruise on the German research ship Polarstern to the Fram Strait to measure the extent of plastic pollution there. They monitored the ocean surface from the boat and a helicopter. Over 5,600 kilometres they found 31 pieces of plastic rubbish. But that will only be the tip of the “garbage-berg”.

“Since we were counting from the bridge of the ship, which is 18 metres above the sea surface, or from the helicopter, we primarily found large pieces of flotsam”, Bergmann told journalists. “So our figures very probably under-estimate the actual amount of garbage”, she added.

Plastic waste tends to disintegrate into small pieces, just one or two centimeters in size, if they float in the sea for any length of time.

Somehow, the results of this study did not really surprise me. That, I think, is a very sad state of affairs. There have been so many reports of plastic particles being found in animals and birds and so in our human food chain that there is a danger we take this serious form of pollution for granted. The ngo Ocean Care estimates that around nine million tons of plastic waste finds its way into the oceans every year.

The seabed as a waste dump?

The AWI scientists say this is actually the first study to show that plastic waste is floating around on the surface of Arctic waters. For an earlier study, the German biologist searched for plastic, glass and other waste on photos taken of the Arctic seabed. She found that even in deep sea areas, the amount of garbage has increased in recent years. The concentration is 10 to 100 times higher than on the surface. The experts deduce from this that garbage ultimately sinks to the bottom and collects there.

The question is: how does this waste get up into the Arctic? It could, it seems be part of what, is described as a “garbage patch”, created when plastic waste gets caught up in ocean currents and concentrated into a kind of whirlpool.

Scientists have already identified five of these patches around the globe. The waste in the Arctic appears to be part of a new, sixth “patch” developing in the Barents Sea. What a depressing development! Scientist Melanie Bergman thinks it probably contains waste from the densely populated coastal regions of northern Europe.

“It is thinkable, that some of this garbage drifts north and northwest, as far as the Fram Strait”, she says. Another theory, she says, it that the garbage being found in the Arctic is caused by the retreat of sea ice.

“More and more fish trawlers are following cod further north. Presumably, rubbish from the ships ends up in Arctic waters, either deliberately or by accident. We are assuming that this trend will continue”, says Bergmann.

So while here in Bonn, just across the road from my office, the UN climate secretariat is struggling to come up with a draft text for the Paris COP21 summit, which will be acceptable to all parties (and so subject to so many compromises and loopholes?), we have yet another sign of a climate change impact on the no-longer-pristine Arctic. And at the same time, it indicates the effects our unsustainable lifestyles are having on the environment of the planet. I have been witness to many arguments over whether governments should put more effort into combating climate change or environmental degradation and pollution. Ultimately, once more I come to the conclusion that it is virtually impossible to separate the two.

Last week I interviewed two experts on different aspects of ocean protection for a Living Planet special: Oceans under Pressure. They expressed similar views on the intrinsic connections between climate change, humans’ maltreatment of the environment and the health of the oceans on which we rely for survival. Not only are we causing climate change. The other pressures we put on the oceans make it less able to cope.

Tony Long is in charge of work against illegal fishing with Pew Charitable Trusts:

“I think climate change, over-fishing and illegal fishing are all linked in one way or another. The bad practices that occur from illegal fishing can damage the ecosystem, whether it be trawling and ripping up corals, or fishing the wrong species at the wrong time. It all has an effect on the broader ecosystem. And with ocean acidification and the changes that are taking place now scientifically proven, that’s going to reduce the amount of fish people can catch, if we don’t start to look after it. So actually it should all be seen as one”. (Read the interview here).

Ove Hoegh-Guldberg is Director of the Global Change Institute at the University of Queensland, Australian, and chief scientist with the XL Catlin Seaview Survey, which has been monitoring the state of the world’s coral reefs, including the current global bleaching event:

“On our current track where we’re polluting local water, we’re overfishing coral reefs and now we’re rapidly changing the temperature and acidity of the ocean, we won’t have coral reefs and it will be a very long time before they come back – probably well after our exit from the climate. We are the first generation to see these types of impact and we are going to be the last that has the chance to do something. We must get to very low CO2 emission rates as soon as possible, hopefully over the next 20 to 30 years. Because if we don’t – it won’t just be coral reefs. It will be a large number of other ecosystems that go, and humanity will be in trouble.” (Read the interview here.)

I rest my case.

Canada:  Plastic microbeads – from the Great Lakes to the Arctic, Radio Canada International

Finland: Microplastics – the latest threat to the Baltic, Yle News