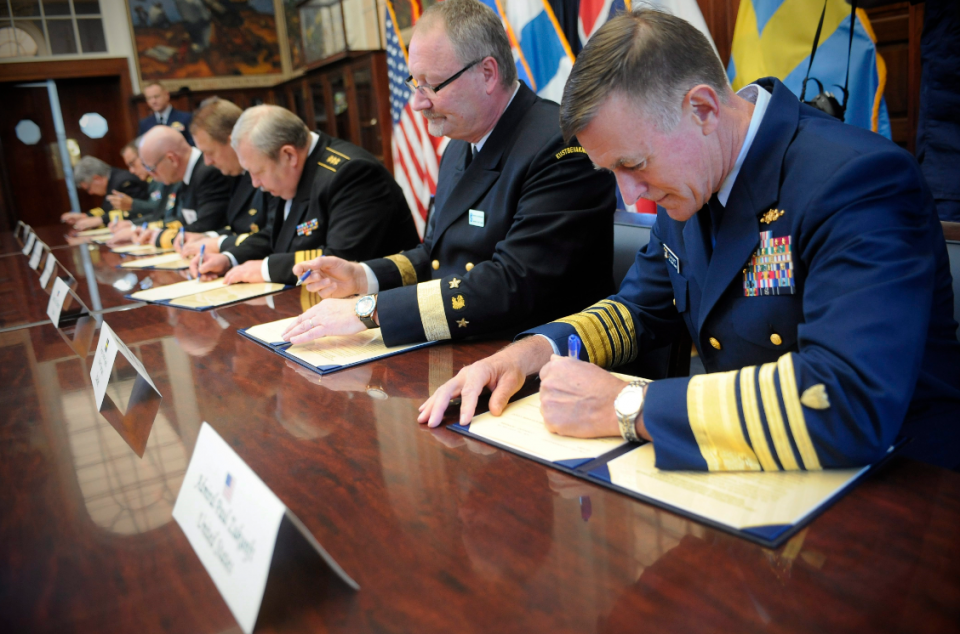 The U.S. Coast Guard commandant, Adm. Paul Zukunft (pictured right) signs an agreement with coast guard leaders from Arctic nations on Oct. 30, 2015, in New London, Conn. This was one of many examples of Arctic cooperation in 2015. (Jessica Hill/AP) 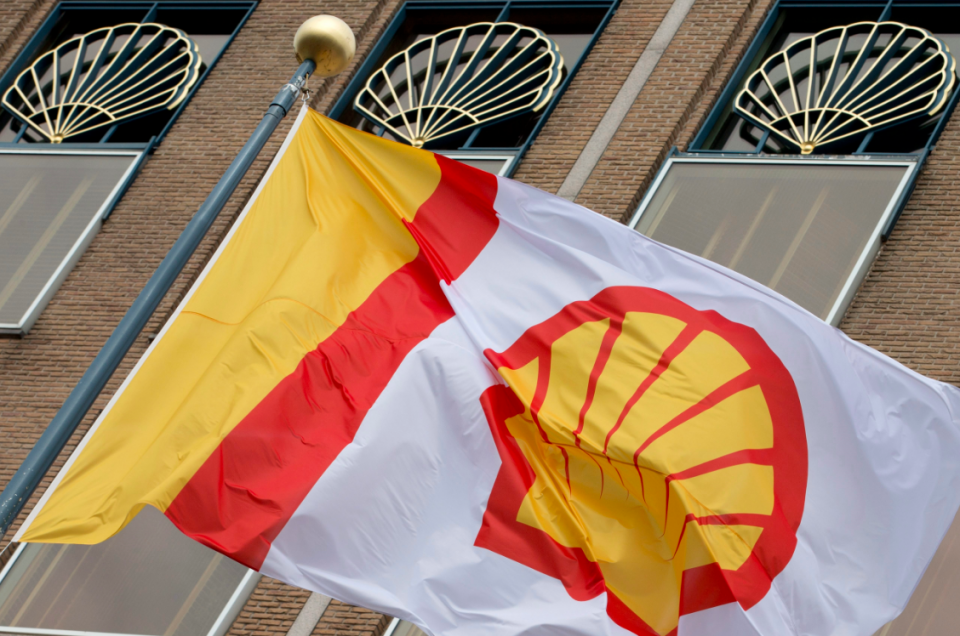 The Royal Dutch Shell logo outside the company's head office in The Hague, Netherlands. In September, Shell stopped its exploration in Arctic waters off Alaska's coast following disappointing results from an exploratory well backed by billions in investment and years of work. Shell was counting on offshore drilling in Alaska to help it drive future revenue. Environmentalists, however, had tried repeatedly to block the project and welcomed the news. (Peter Dejong/File/AP) 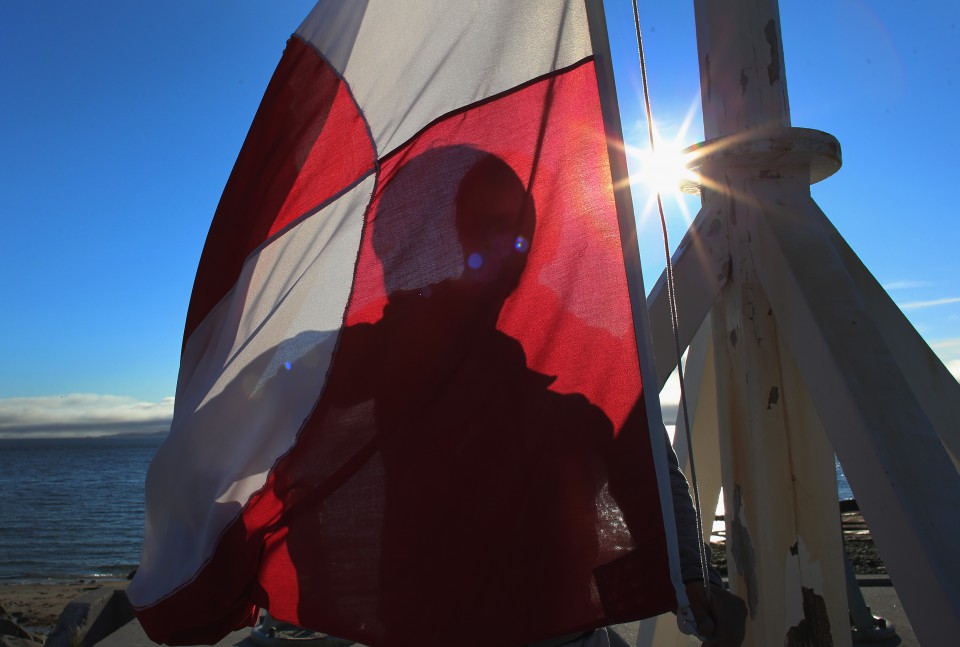 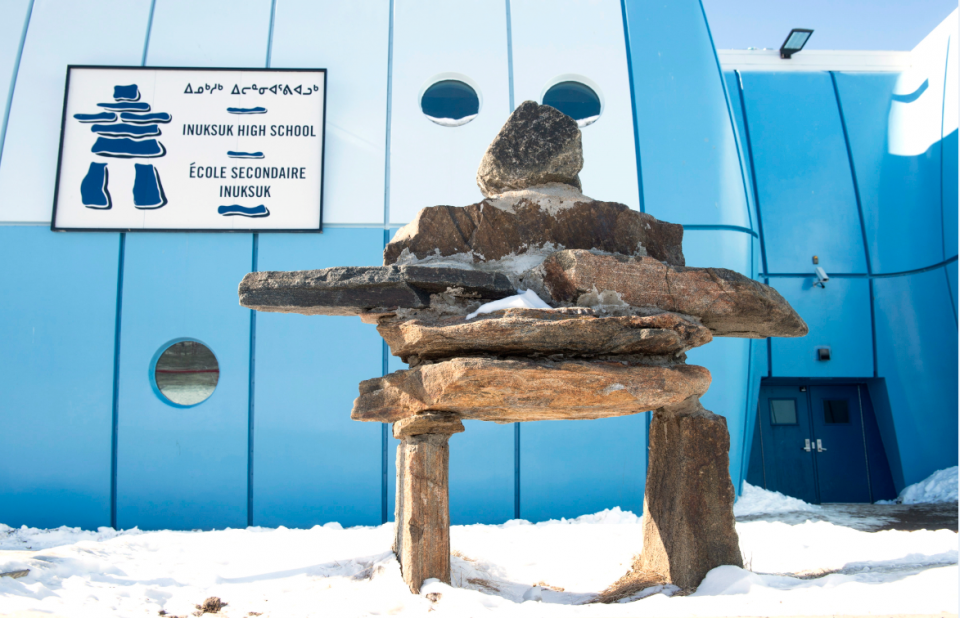 Iqaluit's Inuksuk High School in Canada's eastern Arctic territory of Nunavut. What will the implications of Nunavut's education act review be in 2016? (Paul Chiasson/The Canadian Press)

2015 has drawn to a close which means Eye on the Arctic is looking back at this year’s news and events with some of our experts from around the globe.

In the coming days, we’ll be checking in with them for their views on all things Arctic, and what they’ll be watching for in 2016.

Heather Exner-Pirot: Exceptionalism. There was so much happening geopolitically with Russia but the Arctic continued to be exceptional. The states compartmentalized. Cooperation continued and the worse-case scenario that many people predicted did not happen. The Arctic remained a separate theatre in international affairs.

What was the most overlooked northern story or issue of 2015?  The International Maritime Organization finally adopted the mandatory polar code to cover the safety and environmental aspects of shipping in the Arctic. This will really impact  the governance, economic and social aspects of using the Arctic Ocean. It’s the most important thing legally and institutionally to happen to the Arctic since the Law of the Sea was signed in 1982 but no one talked about it.

What will you be watching for in 2016? Education in Northern Canada. Nunavut just had its first education act review. The education system there has not been successful. It’s not graduating students. They’re not getting through with credentials they can use in post-secondary persuits or employment.  The review looked at moving from the decentralized focus on cultural education and language and wanting to move toward what I would consider a more mainstream approach to primary school education focusing on scholastics,academic performance and  more of a centralization of the curriculum.

I think this will have have an impact on indigenous education far beyond Nunavut.

Listen to the full Eye on the Arctic interview with Heather Exner-Pirot:

For more from Heather Exner-Pirot, check out her blog space on Eye on the Arctic