A Canadian icebreaker is setting sail Friday to collect scientific information to support Canada’s submission on the extended continental shelf in the Arctic Ocean that could include a claim to the North Pole seabed.

The Canadian Coast Guard Ship (CCGS) Louis S. St-Laurent is heading from Dartmouth, Nova Scotia for Tromsø, in northern Norway, where it will take on board personnel from the Geological Survey of Canada, the Canadian Hydrographic Service and Global Affairs Canada experts before embarking on a six-week expedition in the Arctic Ocean.

Working with Swedes and Danes

The expedition is a collaborative project with Sweden and Denmark, with Sweden’s largest icebreaker Oden joining Louis S. St-Laurent in the Arctic off the northern coast of Canada’s Ellesmere Island and nearby Greenland.

“Securing international recognition of the outer limits of Canada’s continental shelf in the Arctic Ocean is a Canadian priority,” Canada’s Foreign Affairs Minister Stéphane Dion said in a statement. “Our collaboration with Sweden, Denmark and the United States is a prime example of positive cooperation in the region.”

The work of Canadian scientists and researchers on this survey, in collaboration with their Swedish partners, is vital to improving our collective knowledge of the Arctic, said Natural Resources Minister Jim Carr.

However, Michael Byers, Canada Research Chair in Global Politics and International Law at the University of British Columbia and the author of International Law and the Arctic, said Ottawa’s claims that efforts to map the Arctic Ocean floor will present a scientific case for Canada’s claim to the North Pole are misleading.

“The expedition will add to scientific knowledge about the Atlantic and Arctic Oceans, and this is a good thing,” Byers said. “But it will do nothing to enhance Canada’s submission to the Commission on the Limits of the Continental Shelf.”

Canada’s scientists and international lawyers had prepared a complete submission by December 2013; the only reason it was not submitted then was because former Conservative Prime Minister Stephen Harper intervened for political purposes — and ignored their expert analyses, Byers said.

“Instead of following Stephen Harper’s lead and pretending that the expedition will enhance Canada’s Arctic Ocean submission, the new government should admit that the only benefits are scientific,” Byers said. “Otherwise, it is playing politics with Arctic sovereignty, just as Harper did.”

Plenty of science but no legal footing

Byers said under existing international law Canada has no legal footing for the North Pole claim even if it manages to prove that its continental shelf stretches all the way to the pole and beyond.

Under the provisions of the United Nations Convention on the Law of the Sea (UNCLOS), which Canada ratified in 2003, coastal states can claim up to 350 nautical miles of seabed if they can prove that the continental shelf is a natural prolongation of their landmass. Furthermore, if a coastal state can prove that a submarine elevation, an underwater mountain range that is connected to its continental landmass and is geologically identical to it, extends beyond 350 nautical miles from its coastal baselines, it could claim the seabed past the 350 nautical miles.

In May, in interviews with Radio Canada International, Canadian officials revealed that Canada plans to submit its Arctic continental shelf claim in 2018. The submission to the United Nations Commission on the Limits of the Continental shelf it is expected to include the North Pole, overlapping with both Russian and Danish submissions that also claim ownership of the planet’s northernmost point, officials said.

Canadian scientists claim they have accumulated enough scientific evidence to prove that Lomonosov and Alpha-Mendeleyev Ridges, stretching under the Arctic Ocean from Canada and Greenland to Russia, are submarine elevations, thus giving Ottawa the right to claim the ocean floor beyond the 350 nautical miles limit all the way to the North Pole.

The reason why Canada will not be able to mount a successful claim to the North Pole is not because of the science, but because the law concerning the maritime boundaries will put the North Pole well off to the Danish side, Byers argued.

Lomonosov Ridge, which stretches underneath the Arctic Ocean from Siberia to the shores of Canada and Greenland, may also be an extension of Greenland and therefore partially Danish, and an extension of the Asian continent, which makes it at least partly Russian, Byers said in an earlier interview with Radio Canada International.

Canada and Denmark, which owns Greenland, have already delineated their maritime boundary in most of the Arctic.

“The default rule in international law for such maritime boundaries is the principle of equidistance, a line that is equal distance from coastline on either side at every point of the line going outwards from the coastline,” Byers said. “And if you draw such a line into the Central Arctic Ocean, the North Pole falls squarely on the Danish side.”

In addition, in November 2012, the Harper government announced that it had come to a negotiated agreement with Denmark concerning the location of that boundary line out to 200 nautical miles from shore, to the end of the so-called Exclusive Economic Zone (EEZ), and the two countries agreed to use the equidistance principle, Byers said.

“The scientists can say, ‘yes, there is a scientific argument, the Canadian continental shelf includes the North Pole, but only if you look at the science,” Byers said. “The moment you look at the law it clearly becomes either Danish or Russian.”

Officials at Global Affairs Canada, the lead agency in presenting legal arguments for Canada’s continental shelf submission, were not available to comment on Byers’s arguments. 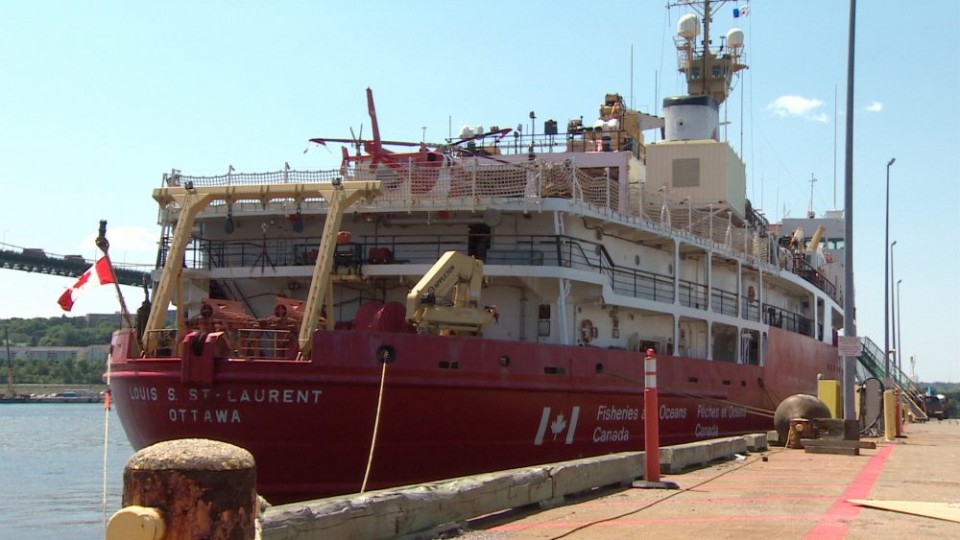 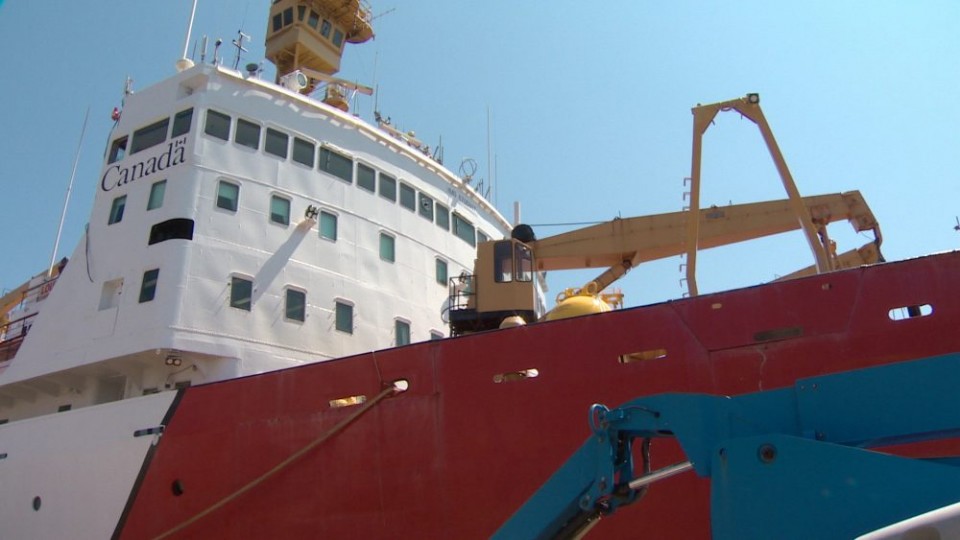 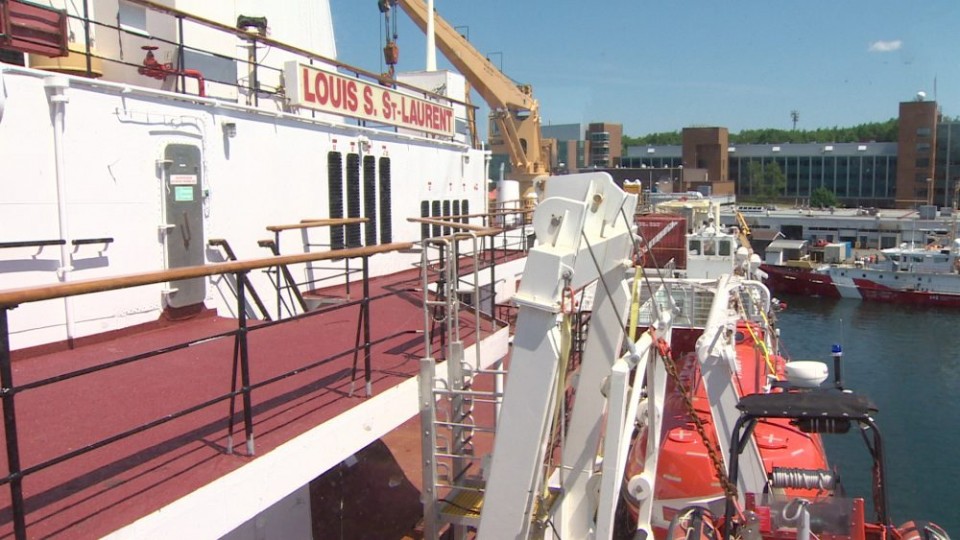 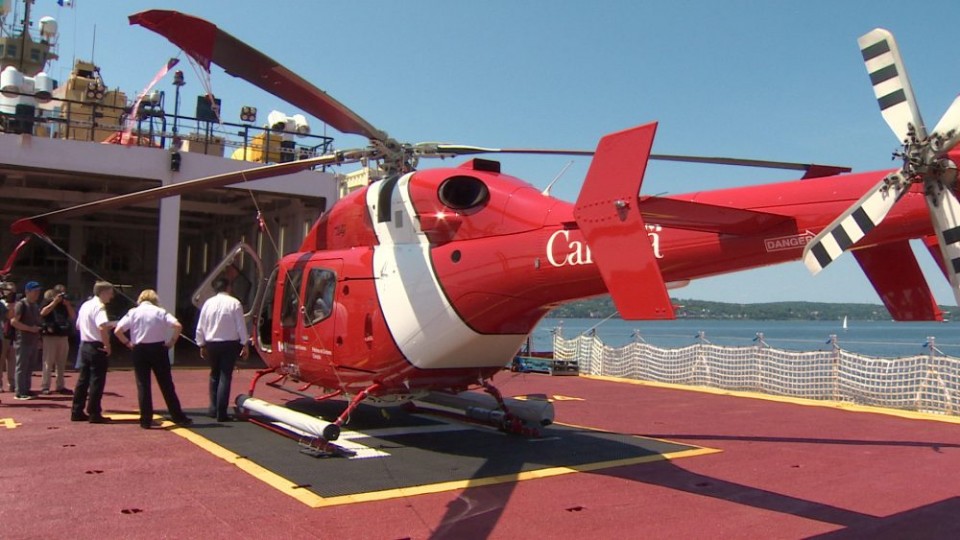 Related stories from the North: