A new web portal has launched this month to help raise awareness, and provide timely information, about the International Maritime Organization’s Arctic and Antarctic shipping regulations.

The International Maritime Organization’s International Code for Ships Operating in Polar Waters ( known colloquially as the “Polar Code”) came into force on January 1, 2017 in response to concerns around increased shipping in the world’s circumpolar regions.

The Arctic Council, a body focused on environment and sustainability issues, and made up of the world’s eight circumpolar nations and six Arctic Indigenous groups, then created a forum in response.

The Arctic Shipping Best Practice Information Forum hopes, that when it comes to maritime traffic at the poles, the web portal becomes a resource for everyone from Arctic states and shipping companies, to Indigenous peoples and insurance companies.

“We want to make the Polar Code more visible for all these entities who are relating to Arctic shipping issues,” Hjalti Hreinsson, from the Arctic Council’s Protection of the Arctic Marine Environment Working Group, told Eye on the Arctic in a telephone interview from Akureyri, Iceland.

“We’re really excited to produce a product that’s interactive, really interesting and relates to so many people.” 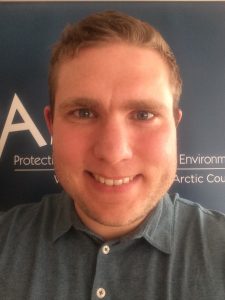 The website is organized around the Polar Code’s different chapters, including summaries for each section along with submissions from a variety of sources on the subject.

For example,  the chapter on voyage planning includes submissions by everyone from the World Meterological Institute and the International Ice Patrol, to Oceans North Canada, a conservation group, and the Nunavut Planning Commission, to body that makes final decisions on land use in Canada’s eastern Arctic territory of Nunavut.

“The fun is just starting now,” Hreinsson said. “We will update the forum as much as deemed necessary, from every week to every month.”

Anita Makinen, chair of the Arctic Shipping Best Practice Information Forum, said she’s looking forward to the evolution of the project in the months ahead.

“I am pleased to see the strong interest in the forum and the evident commitment of its participants to making it a success,” she said in a news release announcing the project.

“I look forward to building on the progress made to date and further strengthening the web portal so that it becomes an indispensable tool for all those involved in Arctic shipping.”

The web portal is available at www.arcticshippingforum.is

Listen here for more of Eye on the Arctic‘s conversation with Hjalti Hreinsson: