Scientists have found evidence of a major solar storm that hit Earth more than 2,600 years ago — a finding they say holds relevance today, given how vulnerable some of our modern technology can be to the sun’s activity.

The intense eruption — known as a solar proton event (SPE) — struck our planet around 660 BC, according to a new study published in the the Proceedings of the National Academy of Sciences.

Such events have been detected twice before, with the first occurring sometime between AD 774 and 775, and the other slightly weaker one happening between AD 993 and 994.

Should such a powerful SPE occur today, it could knock out our power grids and disrupt our satellites, including GPS we use daily for our communications, navigation and financial services.

The sun regularly sends out protons that can travel toward Earth. While they typically can’t penetrate our protective magnetic field, that changes if they are highly energized and fast-moving.

Astronomers believe that SPEs occur from either of these two events, with particles that are far more energized than what is normally seen in solar flares or CMEs.

But even the strongest flares and CMEs detected since we began monitoring the sun don’t compare to this recently discovered SPE: It was 10 times more powerful than anything we’ve detected in modern times.

While the highly energized particles wouldn’t wipe out life on Earth (thanks to the protection of our magnetosphere), if a powerful solar proton event were to occur today, it would throw our life into complete disarray.

“It’s the technology that could get destroyed. Five hundred years ago, we didn’t have power. Imagine if we didn’t have power today,” said Raimund Muscheler, co-author of the new study and a geologist at Sweden’s Lund University. “It would be a catastrophe.”

Such an event could fry room-sized transformers, shutting down power grids for months.

Even common eruptions from the sun have the ability to disrupt power grids and satellites: In March 1989, a CME caused a blackout across Quebec. They also mean astronauts are temporarily exposed to higher doses of radiation, as are air travellers.

Because scientists believe that solar proton events are associated with sunspots and CMEs, we would likely receive warning about such an event — and that may give us adequate time to react.

“So right now, with some warning, the power companies could rearrange their power distribution and even do a brownout,” said Eric Christian, a senior research scientist at NASA’s Goddard Space Flight Center who was not involved in the study.

And the satellites we’ve come to rely on could go into safe mode, shutting down any components that could be fried by SPE-associated radiation.

Because only three of these powerful solar proton events have ever been recorded, researchers don’t really understand them.

“It’s important for us to get a better idea of how often these occur and how powerful they can be,” said Muscheler.

Researchers would also like to know if such events are linked to periods of high or low solar activity, Muscheler said.

One of the most powerful solar flares to erupt in recent history was the Carrington Event of 1859. Named after British astronomer Richard Carrington, who observed it through his telescope,the solar eruption saw telegraph lines burst into flame and the northern lights erupt across the night sky.

But even it didn’t produce a solar proton event as powerful as the one in 660 BCE. 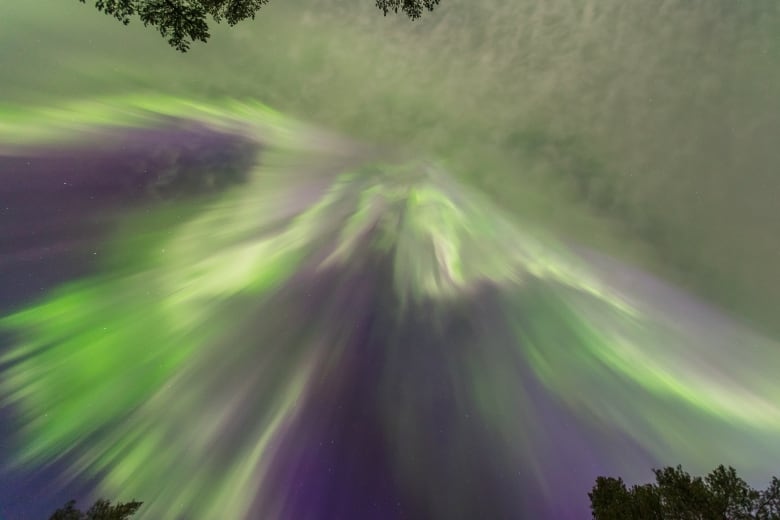 One of the challenges in studying SPEs is that it’s impossible to know if it is the result of one powerful Carrington-like event or if it’s a series of multiple events, said Christian.

“If you had three Carrington Events in the span of three months, it would look the same as one big [SPE] event,” he said.

Finding evidence of a solar proton event that dates so far back is done through scientific detective work.

When these outbursts interact with our atmosphere, they produce certain types of radionuclides, or radioactive isotopes, that have previously been measured through tree rings.

The first two SPEs were identified by looking at carbon-14 isotopes trapped in tree rings, the presence of which can be used to date these outbursts.

For this study, however, the researchers looked at ice cores in Greenland to see if two other isotopes, beryllium-10 and chlorine-36, were present — a sign of solar protons reaching Earth. Finding them at elevated levels strengthened the evidence there had been a major solar proton event.

Scientists hope to discover evidence of more of these events in order to better predict their occurrence. But at the moment, modern society — and its technology — is somewhat vulnerable.

“We’re certainly going to try [to predict SPEs]. That’s why we’re doing this,” he said. “Could we be surprised? Maybe.”

Canada: What ‘young’ Arctic rocks tell us about origins of the Earth and Moon, Radio Canada International