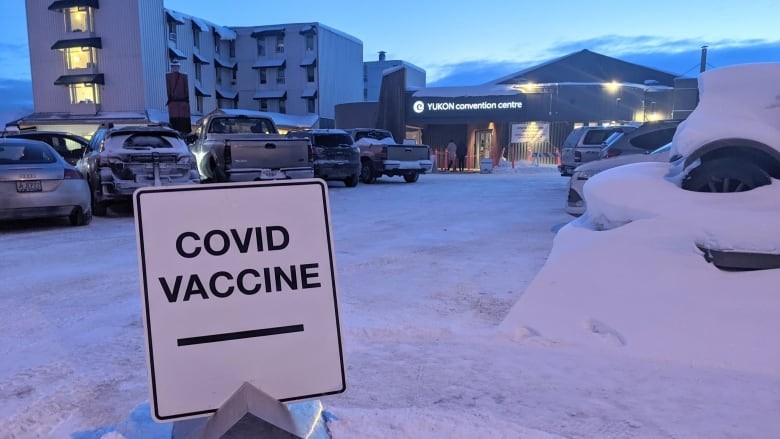 Whitehorse is the first capital city in Canada to open its COVID-19 vaccination clinic to all citizens aged 18 and older, the Yukon government confirmed.

People lined up in front of the Yukon Convention Centre Monday for the clinic, which is now accepting residents from the general public in Whitehorse, along with people from Ibex Valley, Marsh Lake, Mendenhall and Mount Lorne.

Shari Heal went to the clinic with her 19-year-old daughter, Brianna Heal, where they got vaccinated together.

“It was great to get a chance to go with my daughter and this is a pretty momentous occasion, having our very first shot. We’ve been waiting a long time for it,” Heal said.

She said everything went smoothly and once in line, they didn’t have to wait long to get their shots. The most difficult part of the process, she said, was booking the appointment.

The government’s online booking site crashed repeatedly after these clinics were announced on Feb.18, but officials said last week that the problem had been fixed.

The territory’s most recent shipment of 16,100 vaccine doses arrived Sunday, the government said in an email to CBC News on Monday.

As of last Thursday, the territory had administered 15,174 Moderna vaccine shots — 10,865 first doeses, and 4,309 second-doses. This gives Yukon the second-highest percentage of total population fully vaccinated among the provinces and territories, at just over 10 per cent, closely following Nunavut’s lead.

Joie McBryan, nursing lead at the Whitehorse COVID-19 vaccine clinic, said on Monday that everything was going well with opening up vaccinations to all adults.

“We’ve been so lucky to work with multidisciplinary teams to get everything going. We’ve got every kind of support imaginable,” said McBryan.

She said the clinic was expecting to see between 800 and 1,000 people that day, numbers the territorial government says it’s hoping to see each day that the clinic is open.

McBryan said the team is ready to take on these numbers, with 10 to 11 immunizers going at all times.

“Really, we have no challenges right now other than making sure that people are getting booked, and that the information for people to access the vaccine is easy for them and streamlined,” said McBryan, adding that it is hard to accommodate walk-ins at this time.

Appointments for the Whitehorse general-population clinics and in the communities can be booked online or by phone at 1-877-374-0425.

The general-population clinics will be held daily, except Sundays, from March 1 to 20 at the Yukon Convention Centre in Whitehorse. On Monday, the earliest date available to book an appointment was March 16.

“This is an exciting time,” said Chief Medical Officer Dr. Brendan Hanley at a weekly COVID-19 update on Thursday. “We are well on our way to immunizing a majority of our population.”

With files from Steve Silva