It’s been more than 20 years since Champagne and Aishihik elder Chuck Hume has seen anything close to the number of sockeye salmon that have shown up to spawn at the Yukon fishing village of Klukshu this fall.

“There used to be huge numbers of salmon,” said Hume, who grew up in the area.

“I can remember waking up my family here, and some of the elders would want salmon. They’d go down and gaff fish and they’d come out with about a hundred sockeye, easily.”

About a half hour’s drive south of Haines Junction, Klukshu has been used as a fishing village by the people of Champagne and Aishihik for thousands of years.

The number of sockeye returning to the area to spawn began to drop off in the 1990s, but this year, hundreds of the bright red fish line the small creek that winds through the village.

This year’s run isn’t quite up to those historic highs, but it’s significantly more than has been seen in the area for decades. Fisheries and Oceans Canada (DFO) anticipates more than 25,000 sockeye will return to the Klukshu River this year — more than double the escapement goal of 11,000. That means the fishery is open for both First Nations subsistence and recreational fishing.

Timing of return a mystery

Neither the DFO nor the First Nation are sure what has brought the fish back.

“I don’t think anybody has a real answer to it,” said Steve Smith, chief of the Champagne and Aishihik First Nations (CAFN).

“In the last two run years, ’20 and ’21, you’ve seen really, really hot [temperatures in the] Columbia River and Fraser River,” he said. “So one of the theories is that they’re just trying to find a creek [cold enough] to spawn.”

After decades of declining numbers, sockeye salmon are back in droves to spawn in the creek at Klukshu, a fishing village in southwest Yukon. pic.twitter.com/xwqy6glit2

Bill Waugh, the director of the Yukon Transboundary Area with DFO, is similarly at a loss to explain the return.

Sockeye have been running in higher numbers than usual all down the Pacific coast, so he suspects it may be related to something happening in the ocean, like food availability.

“It’s probably too early to determine exactly why,” he said. “[But] it’s not really a drainage-based difference, I don’t think — it’s largely species-based.”

Both Hume and Smith are encouraged by the return of the salmon. But they say years of poor runs have meant Champagne and Aishihik citizens have had to turn to other food sources, and that has meant a loss of the traditional knowledge of how to harvest sockeye.

“This used to be an annual pilgrimage for a lot of our people,” said Smith.

“We’d go to Klukshu and Dalton Post and spend a week or two there and fish [but] it just hasn’t been that way for so many years that we don’t have that infrastructure and the knowledge in our young ones.” 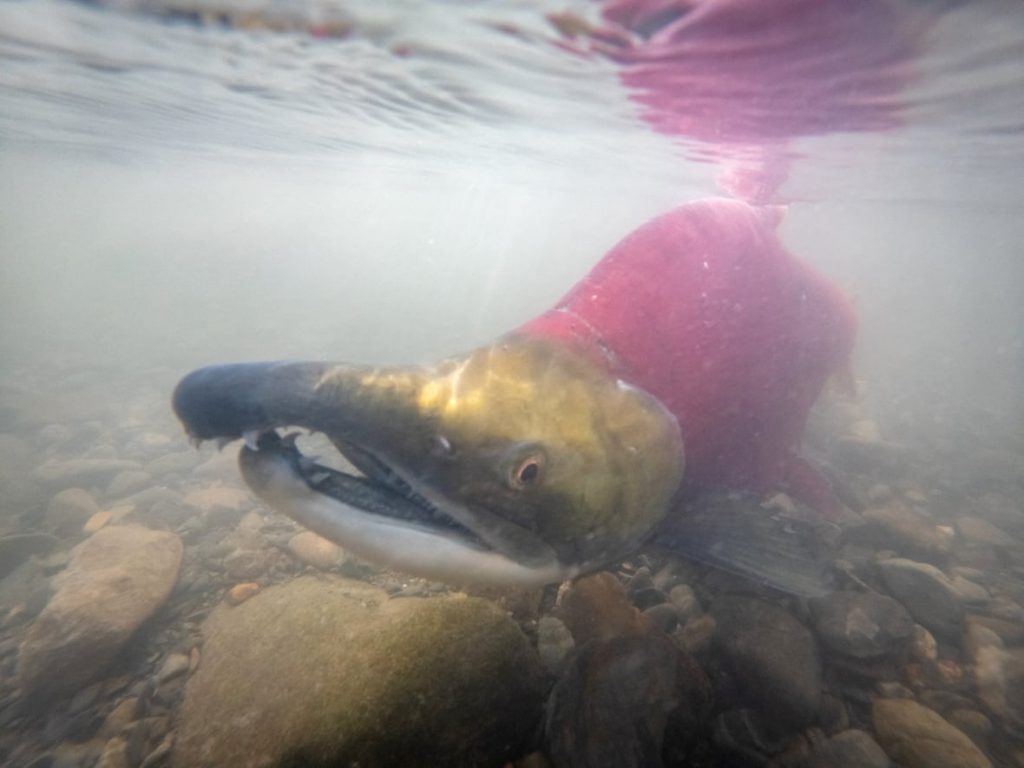 Sockeye’s bodies turn bright red when they return from the ocean to freshwater streams to spawn. Males also develop sharp teeth, a pronounced snout, and a hump on their backs. (Matt Meuse/CBC)

Smith said CAFN is working on multiple initiatives to take the opportunity to reintroduce young people to traditional fishing and processing techniques.

“We have a lot of interest,” he said. “[But] there’s always a ‘but’ there, because we don’t know — next year it could go back to the ‘normal’ return again, and then we’re back almost to square one.”

Without a clear idea of what’s causing the return, it’s hard to know what to do to keep the numbers up. 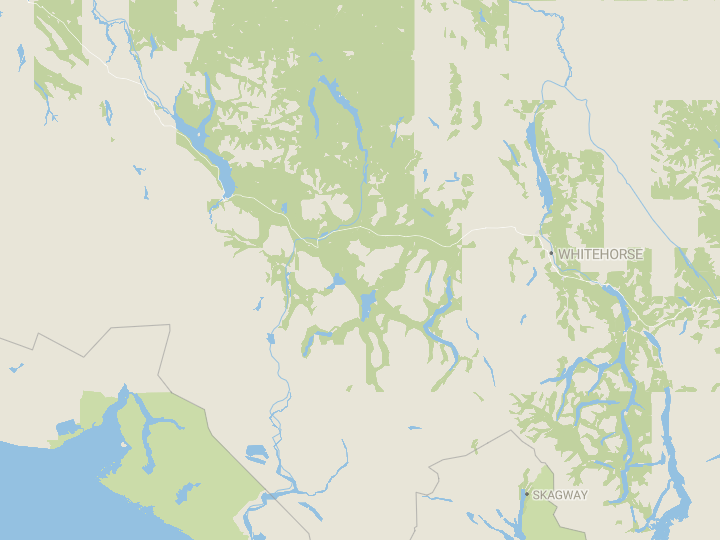 Both Hume and Smith say it’s important to protect the areas where the fish spawn, and to work closely with those who fish for sockeye on the American portions of the watershed.

“If we have both those combinations, I think we might see those runs rebound,” Smith said.

With files from Yukon Morning.