A confidential Red Cross investigation has found numerous shortcomings in the housing of immigrant detainees. The Canadian Border Services Agency detains people who come to Canada and they are considered a flight risk or a danger to the public, or when it cannot confirm their identities. This includes asylum seekers who may have fled without their documents. 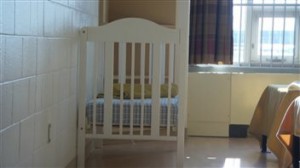 The agency operates holding facilities in just three provinces. In the other provinces, detainees are held in prisons, a practice the Red Cross says can be “extremely stressful” for some newcomers, particularly those fleeing armed conflict, torture, and other traumatic experiences.

An estimated 3,952 detainees were held in prison facilities in 2012.

The report flagged problems of uneven access to mental-health services calling it an issue “of great concern.” It also found the border agency had no facility to accommodate a complete family unit of mother, father and children without having to separate family members.

The Border agency says it is studying alternatives to detention, such as greater use of telephone reporting and electronic ankle bracelets to keep tabs on people.

The Canada Border Services Agency has an agreement with the Red Cross to monitor the treatment and condition of people detained under Canada’s Immigration and Refugee Protection Act. The humanitarian organization made 28 recommendations to close various “protection gaps” that it found in 2012-2013.

The Canadian Council for Refugees has on many occasions raised issues similar to those in the Red Cross report.

The Red Cross report was made public through Access to Information law.