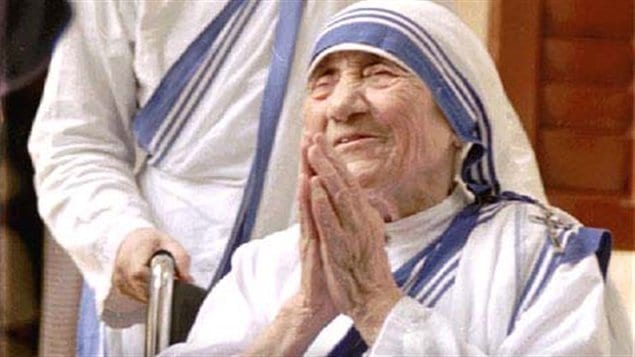 In an article in the journal “Studies in Religion/Sciences Religieuses” Canadian researchers suggest Mother Teresa was in fact not very “saintly”.  The report is entitled, “Les côtés ténébreux de Mère Teresa” ,or  loosely translated as, The dark sides of Mother Teresa.

The research team of Professor Serge Larivée, from the Department of Psychoeducation at the University of Montreal, and colleague Geneviève Chénard, along with Carole Sénéchal from the University of Ottawa’s Faculty of Education suggest that the Vatican should have taken a closer look at her views, and handling of money.

Echoing earlier work by journalist and author Christopher Hitchens, they say that her image does not stand up to fact, and that beatification was orchestrated by an effective media campaign. The authors say that Mother Teresa’s rise to international attention began with an interview on the BBC with the famous Malcolm Muggeridge who shared her anti-abortion views. She quickly realized the power of mass media and used it effectively in promotion.

The Canadian research team collected 502 documents on the life and work of Mother Teresa  (Agnes Gonxha), and after eliminating duplicates, were left with 287 documents about the founder of the Order of the Missionaries of Charity (OMC)

They raise questions about “her rather dubious way of caring for the sick, questionable political contacts,  her suspicious management of the enormous sums of money she received, and her overly dogmatic views regarding, in particular, abortion, contraception, and divorce.”

During her life, she opened over 500 missions welcoming the sick and the poor, but doctors visiting such missions in Calcutta  described them more as “homes for the dying”. They claimed there was significantly poor hygiene, even unfit conditions, a shortage of real care, inadequate food, and no painkillers.

“There is something beautiful in seeing the poor accept their lot, to suffer it like Christ’s Passion. The world gains much from their suffering,” was her reply to criticism, cites the journalist Christopher Hitchen.

The report suggests that although her foundation raised hundreds of millions of dollars, but was less than generous with it to those in need. During numerous floods in India or following the explosion of a pesticide plant in Bhopal, she offered numerous prayers and medallions of the Virgin Mary but no direct or monetary aid.

Doctors also dispute the miracle that was accredited to Mother Teresa, saying it was their drug treatment that cured a Monica Besra of her abdominal pain caused by an ovarian cyst and tuberculosis.

The Vatican however, was quick to classify it as a miracle. Mother Teresa’s popularity was such that she had become untouchable for the population, which had already declared her a saint. “What could be better than beatification followed by canonization of this model to revitalize the Church and inspire the faithful especially at a time when churches are empty and the Roman authority is in decline?” Larivée and his colleagues ask.

The researchers say that Mother Teresa undoubtedly inspired others to humanitarian work which has helped many of the sick and poor around the world but suggest that media coverage of Mother Teresa should have been more rigourous.

The printed version of their report, available only in French, will be published in March 2013 in issue 42 of Studies in Religion / Sciences religieuses. (abstract available here) This study received no specific funding.