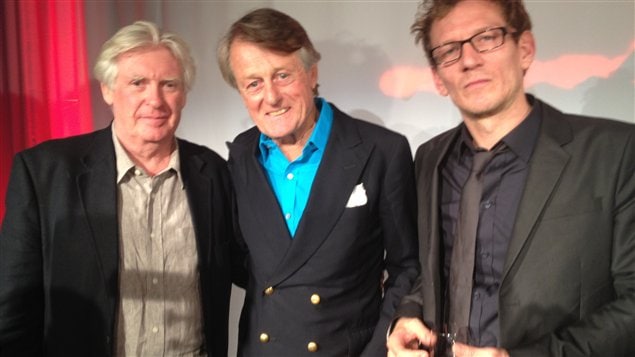 The Griffin Poetry Prize Gala takes place in Toronto. The winners, the writer of one book of Canadian poetry and one international poet, who has either written in english or been translated, will be announced this evening.

The seven writers shortlisted provided a beautiful evening of readings last night in this, the 13th year of The Griffin Poetry Prize.

Scott Griffin came up with this idea for the new millenium.  After a life of success in business and adventure, the Toronto philanthropist, who has flown his own plane across the Atlantic, and followed the African coastline, among just a few adventures, said that poetry has provided a context and meaning in his life.

When establishing The Griffin Trust for Excellency in Poetry, in 2000, Scott Griffin said, in response to the often asked, why poetry? “Poetry speaks to the soul of a nation and its people, and these days, at least in North America, it seems to me that there is precious little that addresses the soul.“

Carmel Kilkenny spoke with Priscila Uppal, on the line from Toronto.  Priscila is a poet formerly short-listed for the Griffin, and a professor at York University.  She reads from her most recent book, Summer Sport Poems, and talks about what the Griffin Poetry Prize has done for poets.