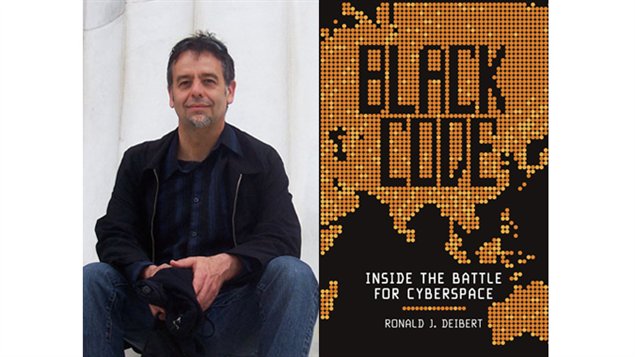 ‘Inside the Battle for Cyberspace’ with Ronald Deibert

Since 2001 political scientist Ronald Deibert and the Citizen Lab at the University of Toronto have been trying to show how the Internet/cyberspace is used and misused, how much of a digital footprint we leave every single day, and who has access to it.

In his new book “Black Code; Inside the Battle for Cyberspace” Professor Deibert recalls some of the world attention-getting reports released by the Citizen Lab, including documentation of the hacking into the Dalai Lama’s computers.

He looks at the sometimes opposing goals of civil society and the governments and companies who try to control the Internet. He deals with the role and methods of the Citizen Lab.

He also takes us on a wide-ranging exploration of what we can and cannot expect in the future of this technology that promised so much hope for individual and collective action. And he deals with the need for checks and balances on the control of cyberspace.

RCI’s Wojtek Gwiazda spoke to Ronald Deibert about the book and the challenges ahead for all of us in cyberspace.