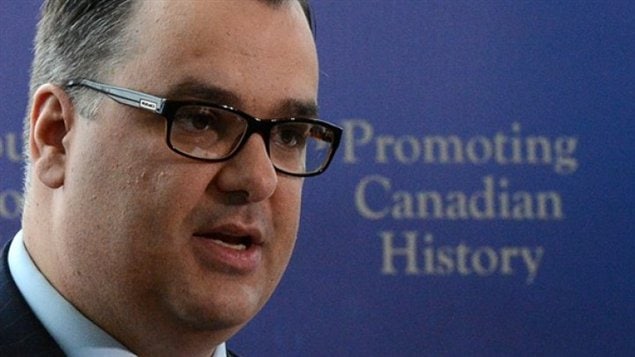 Got a Minute? That’s the name of the site that features Canada’s most recent Heritage Minutes, as they were once known.  Earlier this week, Heritage Minister James Moore announced funding to produce two a year in the countdown to Canada’s 150th birthday in 2017

Heritage Minutes were 60-second vignettes that played on television and in Canadian movie theatres relaying Canadian stories many of us may not have been aware of; facts such as Superman’s creator, Joe Shuster, was born in Toronto.  There’s a minute starring Dan Akroyd on the rise and fall of the Avro Arrow, a significant achievement in aerospace design, and even the story of Expo ’67, the hugely successful world fair to celebrate Canada’s centennial year is another of the successes of which Canadians can be proud.

Originally produced for a CBC TV quiz show, they were further developed by philanthropist Charles Bronfman, and later the Power Corporation.

One of the first in this new series was screened for the minster at the announcement on Tuesday.  It tells the story of Richard Pierpont, a liberated American slave who demanded the right to lead an all-black unit in the War of 1812.  He was 68 at the time.

Another, released yesterday, illuminates the role of John Norton and 80 Six Nations warriors in the victorious battle of Queenston Heights, during the War of 1812.