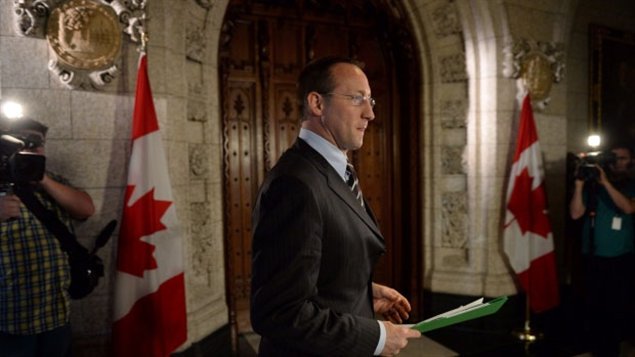 The Federal government is proposing new “cyberbullying” legislation. This comes following several recent incidents in which teens were bullied and taunted online using intimate images which  led to the suicides of at least two teenage girls.

At a press gathering Justice Minister Peter Mackay said the law was necessary to combat the often hurtful spread of intimate images.

The proposed law under Bill C-13 would give police a greater ability to investigate incidents of cyberbullying by giving courts the right to order the seizure of computers,mobile phones and other devices used in an alleged offence.

Under the proposed legislation, anyone who posts or transmits an “intimate image” of another individual without that person’s consent could face up to five years in prison.

MacKay said the proposed law called Protecting Canadians from Online Crime Act, reflected the government’s commitment “to ensuring that our children are safe from online predators and from online exploitation”

Legal experts however are concerned about the breadth of C-13, which not only addresses cyberbullying, but also gives police heightened powers of surveillance to track terror suspects as well as individuals who use computer programs to gain unpaid access to WiFi or cable TV service.

Rob Currie is director of the Law and Technology Institute at Dalhousie University in Halifax, Nova Scotia. He says,”There is a much larger agenda at play here. He says that under the banner of cyberbullying the government is, “trying to push through a number of things that have to do with law enforcement but nothing to do with cyberbullying.”

Currie likens the omnibus nature of C-13 to a previously proposed Bill C-30, also known as the Protecting Children from Internet Predators Act, which was introduced in February 2012 by then-public safety minister Vic Toews.

University of Ottawa law professor Michael Geist, said he is concerned that slight difference in the “new” bill is that it encourages telecommunications companies and Internet service providers to reveal information on their customers voluntarily and  without a court order. It also gives the companies immunity from lawsuits or criminal charges related to voluntarily handing over data.

This ‘metadata’ is information that ISP’s and phone companies keep on every call and email and can pinpoint people’s geographic location, who they were talking to, the devices used and so on.

“This is not a bill about cyberbullying,” said Micheal Vonn, policy director of the British Columbia Civil Liberties Association.“It’s a bill essentially to reintroduce most of the components of Bill C-30, despite the government’s assurances that they would not do so.”

OpenMedia.ca is a lobby group on digital policy. While it welcomed the legislation on cyberbullying it said legal experts tell them the proposed bill “consists of 2.5 pages of cyberbullying and 65 pages of lawful access legislation”.  This later aspect they say makes it easier for the government to spy on activities of law-abiding citizens.

There are proposed amendments to other acts as well, including the Mutual Legal Assistance in Criminal Matters Act, which allows Canadian police to gather evidence on individuals in Canada because a foreign state has requested it.

Jennifer Stoddart, Canada’s privacy commissioner, has not had a chance to examine the bill. But her office released a statement to CBC saying C-13 “appears to be a complex bill, and we will be examining all of its privacy implications and preparing to provide our full analysis and recommendations before the parliamentary committee that will be studying the legislation.”

(with files from CBC, CTV, Globe)