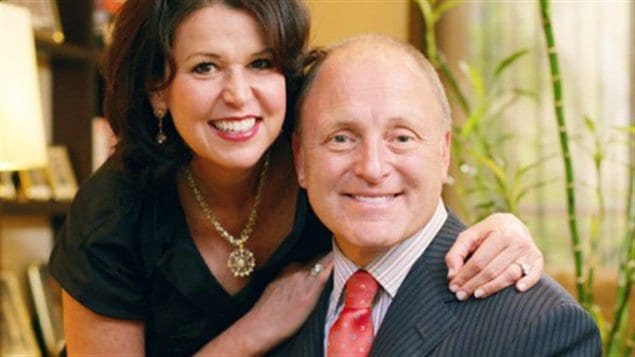 Bruce Heyman, U.S. President Barack Obama's pick to be the next ambassador to Canada. and his wife Vicki are well-known Obama fundraisers. His nomination hearing was on Wednesday, December 11, 2013.
Photo Credit: Daniel Dubois and Kerry Dahlen/vanderbilt.edu/CBC

Nominated to be the next U.S. ambassador to Canada, Bruce Heyman pledged to deepen economic and environmental ties between Canada and the United States during his nomination hearing in Washington on Wednesday (December 11).

Heyman was asked few questions when he appeared at the Senate’s foreign relations committee in Washington. Among the issues raised, Senator John McCain wanted to know Heyman’s position on the controversial TransCanada pipeline which would carry oil from the Canadian province of Alberta to refineries in the American state of Texas. President Barack Obama’s administration is still considering whether to allow it.

“There’s a process underway and when that process is concluded, I think that I will be the person on the ground that will be communicating with the Canadians that decision,” Heyman said.

In his opening statement to the committee, the Chicago business executive said he would use his years of experience at Goldman Sachs to help expand trade between Canada and the U.S.

“If confirmed, my top priority will be enhancing our economic partnership,” he said. “I’ve spent my career constructing business relationships and helping investors see possibilities. If confirmed, I will work to foster trade and investment that creates jobs on both sides of our common border.”

He also emphasized his family ties to Canada. His wife’s ancestors immigrated to Canada and many family members settled there.