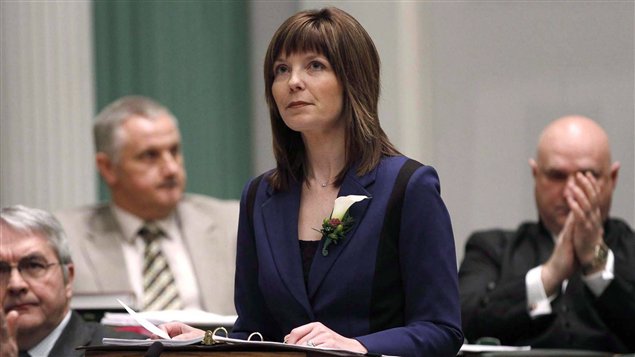 The Finance Minister of the Atlantic province of Newfoundland and Labrador Charlene Johnson reads the 2014 budget in the House of Assembly in St.John's, Thursday, March 27, 2014.
Photo Credit: Graham Kennedy/CP

“By listening to students’ concerns about the growing student debt crisis, this government is helping both young people and the economy of Newfoundland and Labrador,” said Jessica McCormick, National Chairperson.

The Finance Minister of Newfoundland and Labrador Charlene Johnson announced the decision as part of the 2014 budget she presented last Thursday in the House of Assembly.