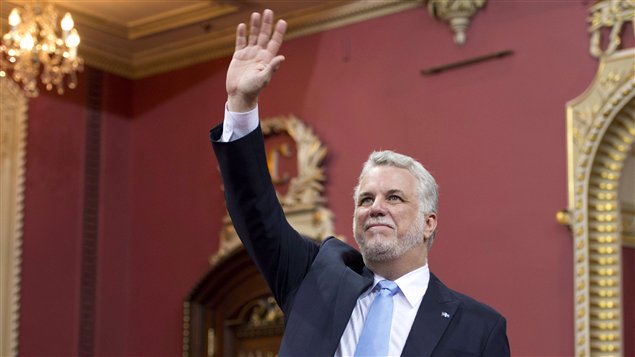 The new premier of the province of Quebec, Philippe Couillard, waves as he is sworn in during a ceremony Wednesday, April 23, 2014 at the legislature in Quebec City.
Photo Credit: Jacques Boissinot/CP

On this edition of Politics Today RCI’s Wojtek Gwiazda reports on Canada’s Foreign Affairs Minister John Baird who is in Europe shoring up support to deal with the situation in Ukraine.

He reports on the continuing controversy over the Canadian government’s proposed Fair Elections Act.

He also reports on new rail safety regulations announced by Transport Minister Lisa Raitt, and the swearing in of a new Liberal government in the province of Quebec.