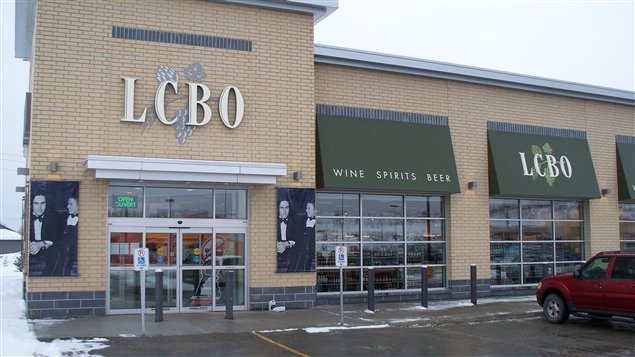 Under age 19? In Ontario don’t touch that beer in the store!

An incident in the large central province of Ontario highlights the strict rules around alcohol.

In Ontario, wines and spirits can only be purchased from provincially controlled outlets known as the “LCBO” for Liquour Control Board of Ontario. The LCBO stores also sell beer.

Anyone under age 19 is not allowed to purchase alcohol, but an Ontario mother is both embarrassed and angered at a situation that arose in the provincial liquor store.

Recently Angela Parsons from Oakville, a large urban centre in southern Ontario near Toronto, went to purchase a small case of Guiness for her husband With her in the store was her 17-year old son. While looking for money in her purse, she handed the case of beer to here son who placed it on the checkout counter.    The cashier then asked the son for his ID to verify his age. The mother thought the clerk was kidding but when realized there was no smile there, explained that it was she who was purchasing the beer, not her son.

The clerk would have none of it, with a recitation of the rules, saying he had touched the case, and no one under-age can do that and she wouldn’t sell them the beer.

A bit flustered with the “by-the-book” attitude of the clerk, Parsons thought that meant she had to go get another case making sure her son did not touch it.

Now the manager became involved and Parsons said he accused her of buying the beer for a “second party” minor.

The woman tried to explain that the beer was her purchase for her husband, and the young man was not an “under age second party”, but indeed her son, and the beer wasn’t for him anyway.

The manager also would have none of it, and she was told she would not be sold any product from the store.

The woman says no discussion was possibly and the accusation made her feel like a criminal.

When reporters later contacted LCBO for comment, a spokesperson said the staff only did what they are trained to do.and that the LCBO has strict rules to keep alcohol out of the hands of minors. The spokesperson made no apology for the incident