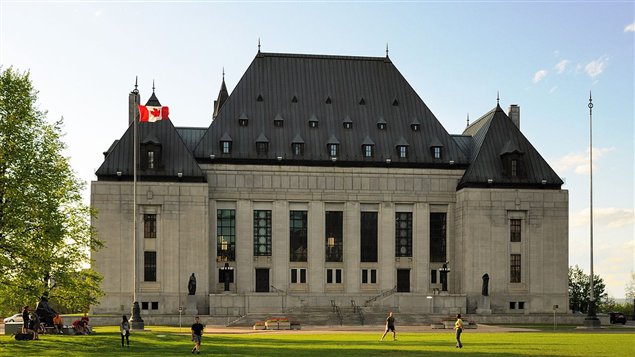 The Supreme Court of Canada in the national capital, Ottawa. The recent ruling that a law firm is within its rights to require that equity partners retire at a certain age will have a major affect on the way law firms and other partnerships manage themselves,
Photo Credit: peregine981- wikimedia commons

A lawyer and partner in a law firm in Canada’s west coast province of British Columbia, has lost his case and will have to retire.

It started when John Michael McCormick,  a lawyer and a partner at the law firm Fasken Martineau DuMoulin LLP, turned 65 in 2010

The firm, like many others, has a rule saying partners must retire by the end of the year in which they turn 65.

The Tribunal initially sided with McCormick saying even though he was a partner he was still an employee and protected under the Code and as such would hear his case.

The case was appealed then to the Supreme Court of Canada which has just handed down its unanimous 7-0 decision.

The SCC upheld the provincial Appeals Court ruling.  In the decision the Supreme Court indicated that  in most cases, partners aren’t employees because collectively they are the employer, They added however, a partner with less control in the firm or lesser responsibility, might qualify for protection as an employee, but not in the case of equity partners.

The court stated, “In no material way was Mr. McCormick structurally or substantively ever in a subordinate relationship with the other equity partners. The test is who is responsible for determining working conditions and financial benefits and to what extent does a worker have an influential say in those determinations?”

In this case McCormick became an equity partner in 1979 and voted with the partnership to introduce mandatory retirement in the 1980’s.  The court said if the policy was unfair, he was equally responsible to change it as much as any other partner, adding“As an equity partner, he was part of the group that controlled the partnership, not a person vulnerable to its control.”

It was an unusual case and law firms and other partnership businesses across the country were extremely interested with some of the biggest law firms in the country actually involved. Such firms say they need to be able to put time limits on ownership to protect their ability to regenerate their partnerships