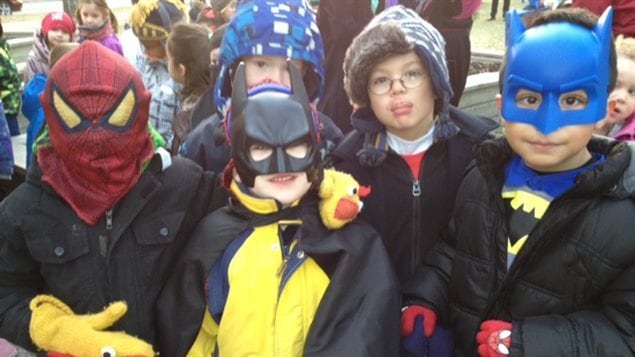 Halloween, a scary time, but now for different reasons

October 31, Halloween, a time when children get dressed up in various costumes to go house to house in the evening, requesting “trick or treat”. Invariably, they get treats, chocolates and candy, sometimes apples or other healty alternatives.

However, because this has become a North American tradition, very loosely based on ancient Christian festivals, controversy has erupted in recent years between parents and schools all across Canada, and indeed North America

What used to be a fun event for school children to dress up as their favourite cartoon character or scary witch, zombie, or ghost,, has been banned outright or replaced in some schools, in favour of something called “black and orange” day, (BO) when children should instead wear those colours of clothing. (Orange and black being somewhat traditional colours of Halloween)

Schools opting to ban Halloween or move to this  BO generic type of event have said they don’t want to offend families who don’t celebrate Halloween.

Now many parents are angered, saying that schools are going overboard with their “political correctness”.

In Windsor Ontario, the Anderson Public Elementary has said costumes are out.  Parent Shannon Taylor who has a child in Grade 4 is reported in the Windsor Star newspapaer saying, ““Parents are upset about seeing Canadians continually give up traditions and losing sight of accepting others for whoever they are”.

The Star notes that in an October 21 posting on the school’s website, the Principal wrote that not all families celebrate Halloween, the issue of inclusiveness and some concerns raised within the school community as the reasons for the policy change.

Taylor says, ““My nine-year-old son came home (last Friday) and said, ‘Mom, they’re taking away everything that was fun at school.’

In London, Ontario, a candidate running for a school board trustee position said he would fight to bring back Halloween, saying “Orange and Black” day, was political correctness run amok.  He won the seat.

While school boards may make recommendations, decisions on Halloween are left up to individual schools and principles.

Many parents are angered that such decisions to end a long-standing and fun tradition both they and the children look forward to , are being made without any input from them.

In Cambridge Ontario a couple of years ago, parents fought back with a petition which eventually forced the Saginaw Public School to reverse its decision to ban Halloween costumes.

Parents in the town of Paris, Ontario received a letter this week saying the North Ward Elementary was opting for a “black and orange” day.  As in the previous case, parents there have also begun a petition against the ending of the Halloween costume tradition.