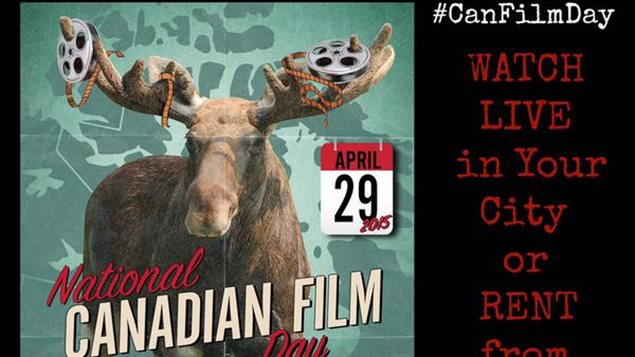 “April 29 is National Canadian Film Day, a day to throw off the shackles of fear and insecurity, stand together with Canadians from coast to coast and pat ourselves on the back for something other than various ice-related sports and sports-related doughnut shops.” is how organizers explain what is Canadian Film Day is all about.

REEL CANADA, the non-profit organization that has taken the lead on the national day since 2014, is supported by a number of organizations and individuals across Canada.

On its website organizers say the day is “a wake-up call to anyone who has not yet been exposed to the great cinematic stories we tell one another in this cold, vast country.”

And they add “With a population the size of California’s living on a land mass the size of Russia, it’s not hard to see why it can sometimes be difficult for Canadians to get to know one another.”