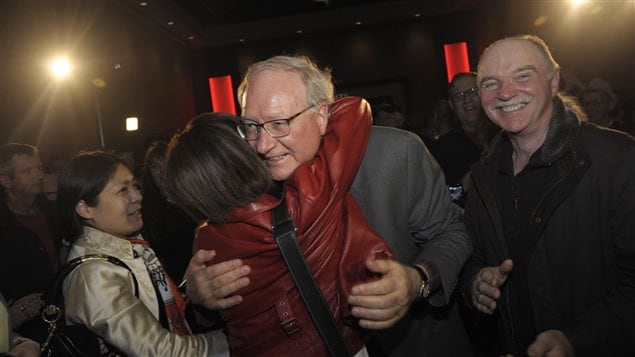 Prince Edward Island election had some surprises too

Prince Edward Island residents went to the polls on Monday, and while the governing Liberals retained power, there were a few surprises.

Canada’s smallest province, with a population of just over 145 thousand people, is also one of the most politically engaged.  The 86 per cent turn out guarantees that islanders are paying attention.

Wade MacLauchlan, a former university administrator led his Liberal party to a majority victory when voters granted a third consecutive term to a government repeatedly accused during the campaign of undermining public trust.

The election also brought the third Green Party member into a legislature in Canada. Peter Bevan-Baker, a dentist from Scotland, won his riding with a very comfortable majority.

Wade MacLauchlan is now the second openly gay person to lead a province after Kathleen Wynn in Ontario.