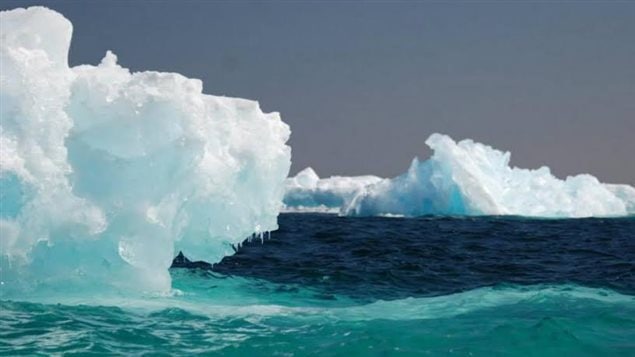 The ice melting and moving in Lake Superior little over a month ago, captured by Thunder Bay resident Paul Berger, from his kayak

Lake Superior, the largest of the great lakes, froze almost completely this winter, for the first time in years. It was so unexpected 18 ships were trapped in the ice.

The movement and the melting of the ice, is providing some amazing scenes.

Paul Berger, a Thunder Bay resident, said he’d “encountered ice like we’ve never seen it before,” while kayaking near the Sand Islands east of Silver Islet.

He took these photos between April 5 and April 7 and at that time they were rising up to three metres above the water, with much more ice beneath the surface.

But they are not icebergs, as those are defined as “pieces of a glacier that have calved off” so these would not qualify,” he wrote in an email to CBC News. “Still, on April 7, we watched huge pieces fall from the largest of them and then it rolled — just like an iceberg!”