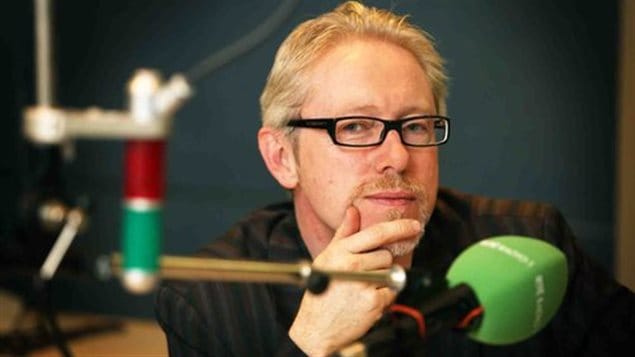 Concordia has the only Canadian Irish Studies program in Canada, and the roots are deep, particularly in the province of Quebec. Some in the audience were descendants of the Irish who fled the famine in the mid-nineteenth century. Families were packed onto the notorious coffin ships, and those who survived the ocean crossing started new lives in Quebec City and Montreal.

Woods talked about exile, loss and return, and the challenges Ireland is facing today. The evolution from a country that people emigrated from, to a destination for people fleeing countries in Eastern Europe and Africa is a work in progress.

Thousands of young people still feel obliged to leave the country of their birth to seek employment in the wake of the collapse of the Celtic Tiger, the prosperous era around the new millennium. Meanwhile waves of people from Poland, Lithuania and other eastern European countries move to Ireland for opportunities, becoming part of what Woods described as the ‘new Irish’.

Vincent Woods talked about meeting Ugandan playwright George Seremba in Toronto. He describes him now as one of the early ‘new Irish’ after he settled in Dublin. And the man known as the Cellist of Sarajevo, Vedran Smailic, has made a new home in Warrenpoint, Northern Ireland.

Vincent Woods acknowledges the tensions, as racist graffiti and outbursts of violence attest, but he says the fact that no anti-immigrant polictical movemements have taken hold in the country bodes well for the future.