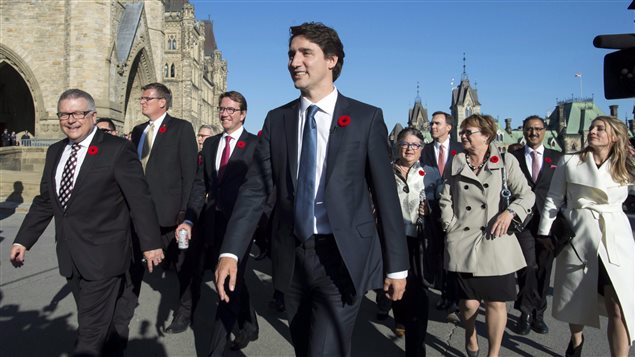 Defence Minister Harjit Singh Sajjan is among 30 members of cabinet who received the formal guidance from Trudeau in detailed mandate letters released on Friday.

“As Minister of National Defence, your overarching goal will be to ensure that the Canadian Armed Forces are equipped and prepared, if called upon, to protect Canadian sovereignty, defend North America, provide disaster relief, conduct search and rescue, support United Nations peace operations, and contribute to the security of our allies and to allied and coalition operations abroad,” the letter says. “It will be important that you ensure a close link between defence policy, foreign policy, and national security.”

“As Minister of Foreign Affairs, your overarching goal will be to restore constructive Canadian leadership in the world and to advance Canada’s interests,” Dion is told in the letter. “This renewed leadership will serve our security and economic interests, but it will also support the deeply held Canadian desire to make a real and valuable contribution to a more peaceful and prosperous world.”