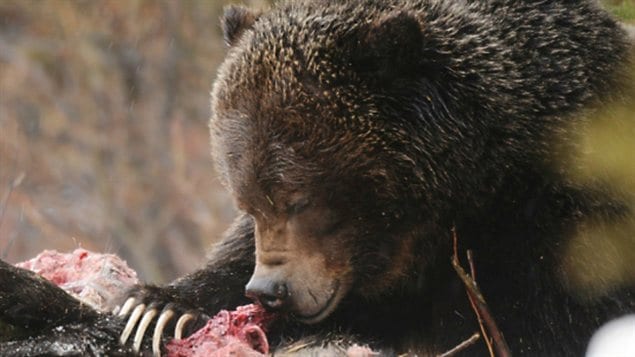 Two British mountain climbers who survived a terrifying encounter with an angry grizzly bear ‘where in the wrong place at the wrong time’, say Banff National Park officials.

Greg Boswell and Nick Bullock were climbing a route on Mount Wilson, a few kilometres north of the Saskatchewan River Crossing on Highway 93, when they stumbled upon a grizzly bear den, on Sunday, Nov. 29.

Jon Stuart-Smith, acting human wildlife specialist for Lake Louise, Yoho and Kootenay National Parks, said the incident was likely just a defensive behaviour from the bear who probably got surprised in his den by the climbers.

“It did bite the climber but it was over pretty quickly,” said Stuart-Smith. “It seems like the bear was more just trying to tell the climbers that it wanted them out of its space so that it could go back to its den and continue hibernating.”

Its not unusual for large male bears not to den until late December, especially if there is food scarcity and the bear hasn’t been able to accumulate enough fat to go into hibernation, said Stuart-Smith.

“And it’s a good reminder for our visitors that they can encounter wildlife at any time of year,” said Stuart-Smith. “Not only can you run into a bear this time of year, but there are cougars and other wildlife that visitors could encounter throughout the winter and summer months.”

Park authorities have closed the area where the attack occurred to allow the bear to hibernate in peace and prevent further encounters with park visitors, said Stuart-Smith. 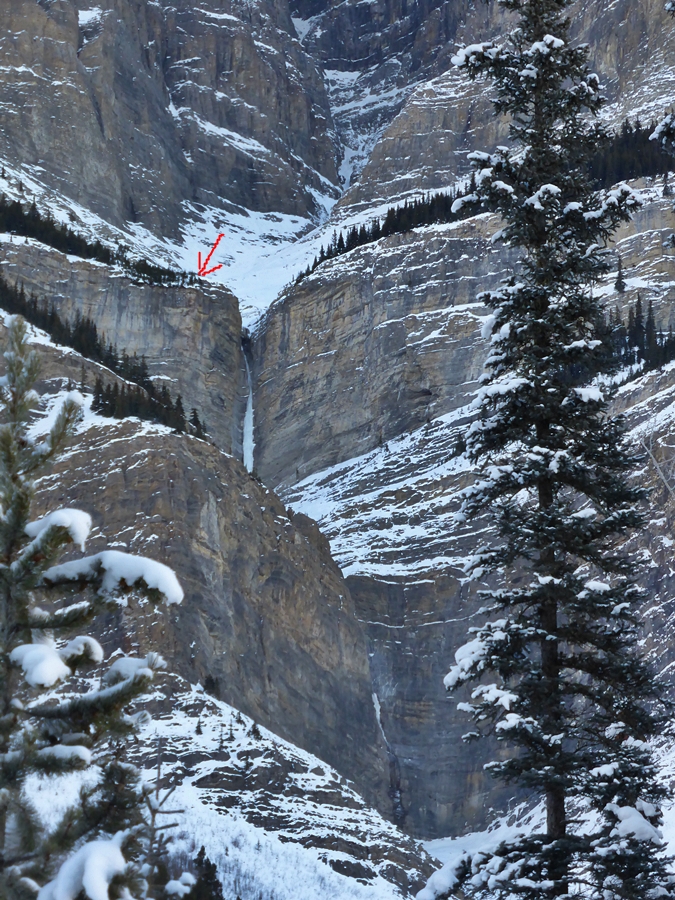 Here’s how Bullock describes in his blog the moment he realized Greg was being chased by a bear.

“’Bear, aaaaaaargh.’ I spun to watch Greg sprint past me and in hot pursuit was a Grizzly,” Bullock writes. “The bear bounded, pulling and pushing the snow with powerful legs. The snow lapped its belly and didn’t appear to slow it.

Bullock says Boswell ran out of sight and the bear, a “carnivorous freight train,” passed by him, “snorting and growling and bounding.”

Boswell fell on his back and the animal pounced.

“Screaming and shouting, Greg kicked at Ursus arctos horribilis and it bit straight though his brand new boot as if it were a carpet slipper,” Bullock writes. “It lunged once more and crunched into his shin, placing a paw on his other leg before lifting him off the ground. I’m not sure at this point what other people would do, but Boswell is Boswell and the bear just didn’t appreciate this, he grabbed the bear’s mouth and prized apart the jaws, pushing, and screaming…”

The two men ran desperately back the way they had come. After getting and having to retrace their steps, the two men finally managed to find their ropes and other equipment to get back down off the mountain after several hours of terror.

“OK. Crazy news from Canada! I’m going to put it bluntly, but would just like to let everyone know I’m ok, just a little shook up and sore! I got attacked by a Grizzly bear last night and lived to tell the tail, and to make the 3 hour descent and 2 hour drive to the hospital. All stitched up now and on the mend. It’s a long story and I can’t be bothered to write it down just now. So here is a pic of me at the hospital. Sorry if you a squeamish.”

Otherwise, here’s picture of Boswell all stitched up and decent. 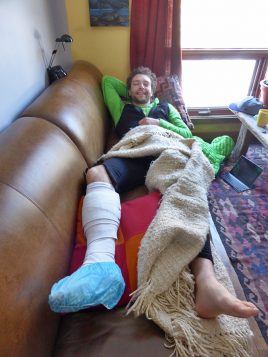