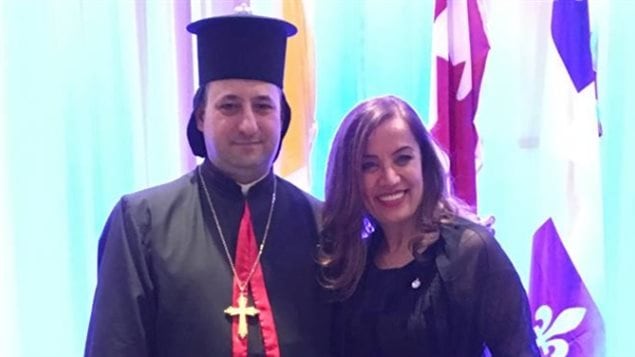 Syriac Catholics, who make up a large contingent of the 25,000 Syrian refugees recently arrived in Canada, have a new spiritual leader. Reverend Antoine Nassif, from Lebanon, was appointed the first apostolic exarch.

This past Sunday, February 28th, Saint Ephraim’s parish, in Laval, Quebec, a suburb of Montreal, was filled for an official ceremony for the new bishop.

Antoine Nassif will have seven parishes and missions comprising a Catholic community of 16,000 severd by five priests and two deacons, according to the Canadian Conference of Catholic Bishops.

One of the people at the ceremony on Sunday was Liberal MP Eva Nassif who conveyed a message from Prime Minister Justin Trudeau.

“It is with immense pleasure that I would like to extend my warmest congratulations to Monseigneur Paulos Antoine Nassif on the occasion of his appointment as the Apostolic Exarchate for Syriac Catholics in Canada,” Trudeau said in a written statement read at the ceremony on Sunday.

Eva Nassif discovered recently that she is a distant cousin of the new Bishop. He will be based in Laval, Quebec, as it is one of the areas in Canada where many of the refugee families are resettling.

Eva Nassif announced the bishop’s appointment in the House of Commons last Thursday. “Canada’s contribution to this humanitarian crisis has not gone unnoticed and I am very pleased to collaborate with Monseigneur Nassif to help the Syrian community in Vimy,” Nassif said.

Eva Nassif is originally from Lebanon. She said she lost her father and brother in the Lebanese Civil War before she immigrated to Canada in the 1990s.

She ran in two previous elections before being elected to Parliament to represent the Vimy riding in 2015.