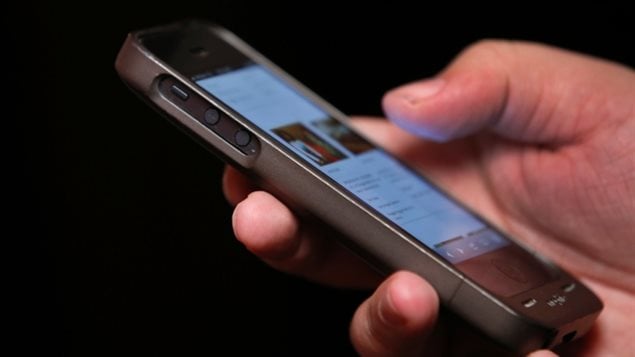 Even if a person is arrested, police have no right to seize and search cellphones without a warrant.
Photo Credit: Mike Segar/Reuters

A police officer abused his authority when he seized and searched the cellphone of a driver he had pulled over, ruled a police ethics committee in the province of Quebec on Feb. 22, 2013.  It is illegal in Quebec to use a mobile phone while driving so Constable Sylvain Baril stopped a driver he saw with a phone to his ear.
Most Canadians don’t often deal with police and may not be sure what order from police they must obey and what request violates their rights. For example, when a person is placed under arrest he or she must produce identification.

In this case, Baril asked for Steve Lemire’s driver’s licence and the registration for the car, which is standard procedure. But he also asked for the driver’s cell phone. At first, Lemire refused, but the officer threatened to arrest him for obstruction of justice. Lemire eventually complied but later filed a complaint with the ethics committee.

The committee ruled the officer had no right to seize and search the phone, and that he abused his power when he threatened to arrest him.

‘Absolutely no right… to go fishing for information’

A prominent human rights lawyer, Julius Grey, told the public broadcaster, CBC,  “There is absolutely no right on the part of the police to go fishing for information. And in particular, if you don’t have a search warrant you can’t simply grab a phone.”

He added Canadians have the right to an ‘expectation of privacy’ with regards their phones, their cars and homes. He said people should inform themselves about their rights and the extent to which they must comply with police.