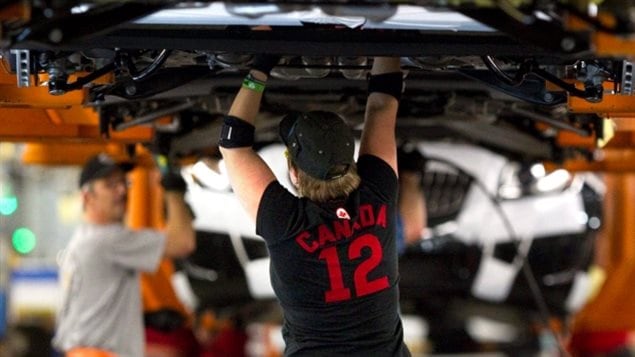 GM and Unifor, the Canadian union representing GM’s workers in Oshawa and St. Catherine’s, Ontario, are negotiating a new labour agreement in advance of a September 19th strike deadline. And it is not looking good.

Gerry Dias, the head of Unifor wants a commitment from the automaker to remain in Canada and confirmation of the product lines Canadian workers will be producing.

“If we have to go on strike in order to get that issue resolved, so be it.”

In an interview with Automotive News on September 14, a GM spokesman had no comment beyond the company’s previous statement: “At GM Canada we remain focused on working with Unifor to reach a mutually beneficial and competitive new agreement.”

“As of now, we’re clearly headed to a strike,” Unifor President Jerry Dias said in the interview with Automotive News. “But it’s early. I don’t tend to panic. GM understands that there will be no settlement until we have solidified the footprint here in Canada, period. They know that. If we have to go on strike in order to get that issue resolved, so be it.”

Meanwhile GM maintains it will not discuss product commitments until the negotiations are over. The Oshawa plant that currently runs two production lines, employing 2,400 workers, is not committed beyond 2019.