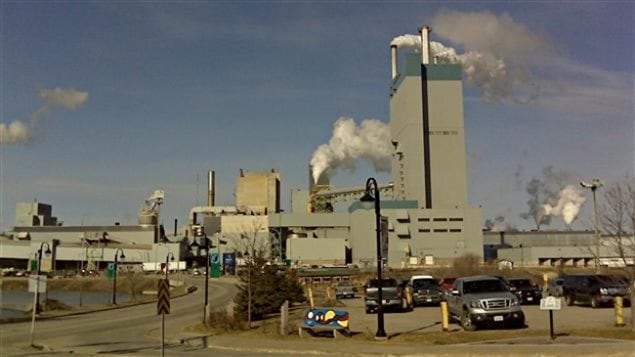 A 'full and rigorous mercury contamination assessment' is currently underway at this Domtar paper mill in Dryden, Ontario, according to the provincial government.
Photo Credit: Radio-Canada / Louis-Phillippe Leblanc

Grassy Narrows, the aboriginal community in north-western Ontario, has been the site of ongoing mercury poisoning for nearly forty years.

“We are completely committed to working with all partners to identify all potentially contaminated sites, and to creating and implementing a comprehensive remediation action plan for the English Wabigoon River,” said a statement issued today from Ontario’s minister of environment and the minister of Indigenous relations and reconciliation.

During the 1960s and early 1970s mercury was dumped in the river that flows through two Ontario First Nations by Reed Paper, just upstream in Dryden, Ontario.

Japanese experts have been studying the health of people in the region for decades and according to the most recent research, more than 90 per cent of the population at Grassy Narrows and Wabaseemoong First Nation show signs of mercury poisoning.

Tomorrow we’ll hear what Grassy Narrows Chief Simon Forbister thinks of the agreement, and how he expects the clean-up to unfold