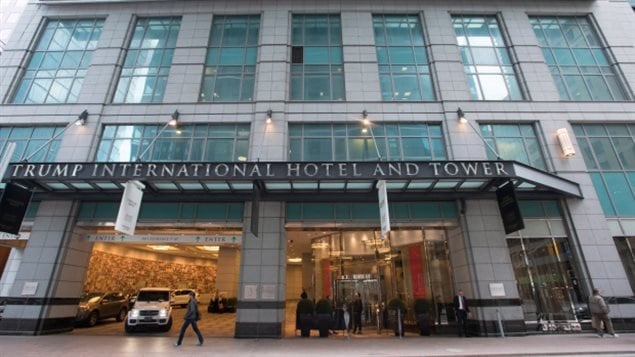 Trump International Hotel and Tower in Toronto is not part of the current real estate boom in Toronto.
Photo Credit: CP / Graeme Roy

The Trump International Hotel and Tower in Toronto is not owned by the U.S. president or any of his companies, but a subsidiary of the Trump Organization has the contract to manage the property.

The 65-storey tower on Bay Street, Canada’s financial centre, has been on the market since last September.

Almost six months later and no one has made a bid.

The complex opened almost five years ago with 211 hotel rooms and 74 residential condo units. While many of the condo units were bought by individual investors, nearly half are still unsold.

The hotel room daily rate declined by 30 per cent and hotel unit buyers are suing Talon alleging they were misled.

JCF Capital ULC led with an initial bid of $298 million (Cdn). They are now the successful bidder.

The building is also home to a spa, commercial, retail and amenity space, as well as parking spots and the Calvin Bar on street level.