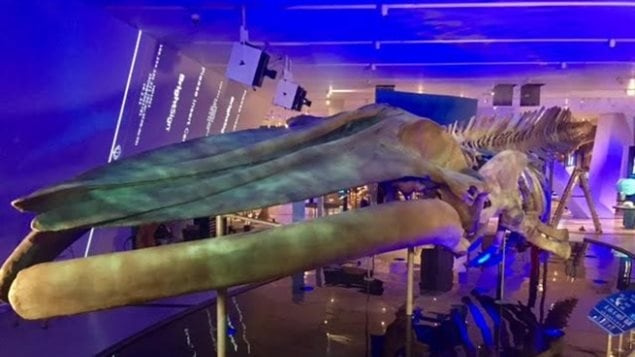 The blue whale that perished on the Newfoundland beach three years ago, was promised to the Royal Ontario Museum.

Coming ashore in Trout River, on Newfoundland’s west coast, it was one of nine blue whales that died during the winter of 2014 in the thick sea ice.

There are thought to be only 250 blue whales now in the North Atlantic Ocean.

After a long journey, with several stops and processes along the way, the skeletal remains have been assembled and are on display in Toronto’s museum.

Opening to the public on Saturday March 11th, it is just in time for what’s known as the March Break, the week off school, many elementary and high school students in Ontario will be enjoying.

We’ll talk to Mark Engstrom, a senior curator, at the ROM, to hear more about what was involved in creating this major attraction.