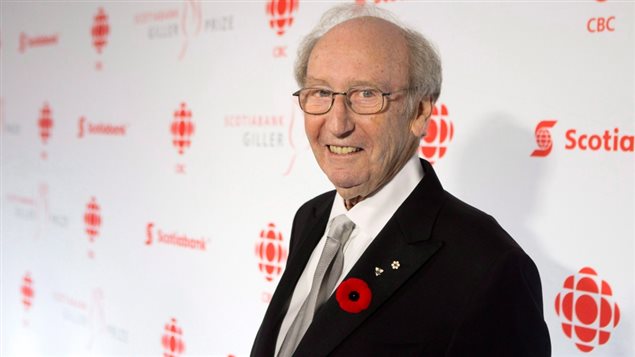 Jack Rabinovitch, a powerful patron of the arts in Canada who established the Giller Prize for literature, died yesterday in Toronto. He was 87.

Now known as the Scotiabank Giller Prize, the lucrative award for best fiction in Canada, in long format or short stories, was created in memory of his wife, Doris Giller, who died of cancer on April 25, 1993.

Doris Giller was a journalist who’d been the book review editor at the Montreal Gazette, and then assistant book editor at the Toronto Star.

“A generous patron, a loyal husband and friend and a great man”

Jack Rabinovitch enlisted the help of old friend Mordecai Richler and Alice Munro when the first prize was awarded in 1994.

The two celebrated Canadian writers were two-thirds of the jury that chose M. G. Vassanji‘s, The Book of Secrets, as the winner that year.

The Giller Prize initially endowed $25,000, the largest amount for literature in Canada.

“It started at a pub in Montreal called Woody’s and ended up at a famous restaurant in Montreal called Moishes, and over chopped liver we decided what to do,” Jack Rabinovitch told The Canadian Press at the Giller Prize gala in October 2012.

David Adams Richards was the co-winner of the prize in 2000, for his novel Mercy Among the Children. “Let’s be clear: No one is ever obligated to give their time and energy to create something as prestigious as the Giller Prize, but Jack Rabinovitch did,” he told the Globe and Mail.

(With files from CBC, the Globe and Mail and CP)