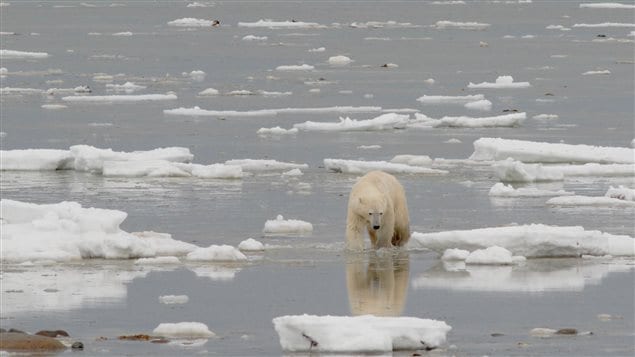 The report begins, “Increasing surface temperatures, Arctic sea-ice loss, and other evidence of anthropogenic global warming (AGW) are acknowledged by every major scientific organization in the world”, and then goes on to say that deniers use social media, i.e, blogs, to spread doubt and confusion.

In the middle are polar bears which have come to symbolize climate change.

The study was published in the journal, Bio Science, under the title “Internet Blogs, Polar Bears, and Climate-Change Denial by Proxy (available here)

The study says that climate denial involves a complex web of blogs, Facebook, twitter, and a variety of corporate interests, conservative foundations and think tanks.

Lead author of the report is NIOO-KNAW researcher Jeff Harvey (Netherlands Institute of Ecology) and co-authored by an international group of respected scientists.

Harvey, quoted by the science website Phys.Org, said, We found a major gap between the facts from scientific literature and the science-based blogs on the one hand, and the opinions aired in climate change-denying blogs on the other,” says Harvey. “It’s a very dangerous gap, as these blogs are read by millions.”

The group compared 90 climate change blogs and 92 scientific papers on the subject.

They found the blogs often used name calling, and questioning scientists credibility and deliberately take statements out of context, and tend to simply quote other denier blogs and sources.

In Phys.Org Harvey says, “And 80 percent relied on one blog in particular, whose author, had neither conducted any original research nor published any articles in the peer-reviewed literature on polar bears”.

The comment referred to Susan Crockford, an adjunct professor in the Deparment of anthropology at the University of Victoria in British Columbia.

She has written articles for the “Science and Public Policy Institute”, a known climate-change denial organization, and associations with other denial organisations like the Heartland Institute in the U.S.

Scientists have long said, while some of the approximately 19 populations of polar bears throughout the circumpolar region are stable, others are in decline. They also point out that as ice continues to melt through climate change, the stable populations will be seriously compromised in the relatively near future.