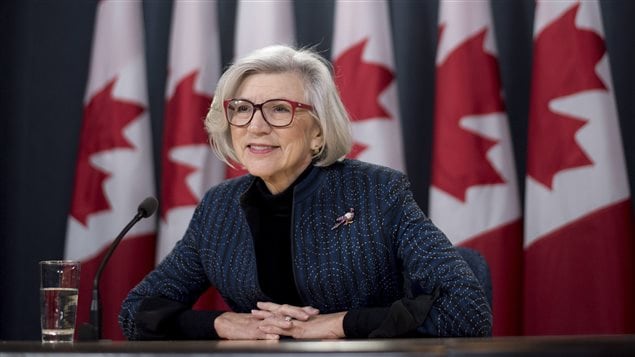 Outgoing Chief Justice of the Supreme Court of Canada Beverley McLachlin listens to a question during a news conference on her retirement, in Ottawa on Friday, Dec. 15, 2017.
Photo Credit: PC / Justin Tang

The distinguished roster of female crime fiction writers is about to get a new entrant with some unique qualifications of her own.

Less than a month after she retired, former Canadian Supreme Court Chief Justice Beverley McLachlin is about to elbow her way into the crowded field of crime fiction with her debut novel Full Disclosure. 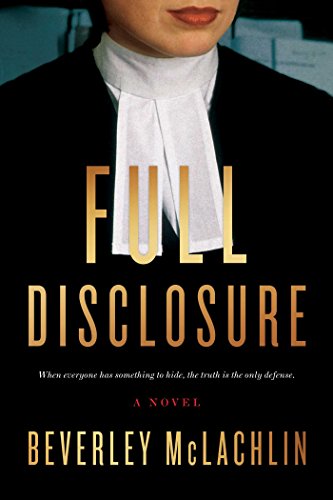 The 352-page thriller set in the gritty streets of Vancouver is expected to hit the bookstores on May 1, publishing house Simon & Schuster Canada announced Tuesday.

McLachlin, 75, Canada’s longest-serving chief justice and the first woman to hold the position, has channeled decades of legal experience into her protagonist, a rising, young defence attorney Jilly Truitt, who squares off with her former mentor, crown attorney Cy Kenge in a seemingly hopeless case.

“Full Disclosure grew out of my experience as a lawyer and judge, and my lifelong fascination with the criminal justice system,” McLachlin said in a statement.

“Fascination, first, with the wrongs the criminal justice system seeks to right and the consequences it imposes on those caught in its web. Fascination, second, with the people who labour in the criminal justice system – the police, the prosecutors and the defense lawyers who seek to defend the indefensible. And, finally, with the overarching question of crime and punishment, a subject that engages us all.”

It remains to be seen whether McLachlin’s writing matches her razor-sharp legal mind to turn Jilly Truitt into the next Temperance Brennan or Chief Inspector Armand Gamache but, given her illustrious and pioneering career, Full Disclosure is almost certain to garner a lot of initial attention from critics and fans.