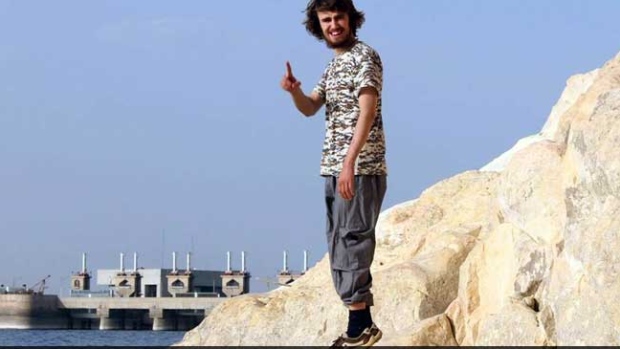 Jack Letts went to Syria and Iraq in 2014. He is now in a jail in northeastern Syria. (Facebook)

A British-Canadian man who allegedly joined ISIS in Syria four years ago and is now being held in a jail run by a Kurdish militia is pleading with Ottawa to secure his release and allow him to come to Canada, CBC News has reported.

Jack Letts, 22, dubbed “Jihadi Jack” by the U.K. media, is being held by Kurdish authorities in Qamishli, in northeastern Syria on suspicion of being a member of the extremist organization, according to an exclusive report by the CBC’s Murray Brewster.

Letts was captured by the Kurdish YPG militia last May after escaping the so-called Islamic State’s de facto capital, Raqqa, before it fell.

His parents, John Letts and Sally Lane, told CBC their son never joined ISIS and was travelling in Syria when he was taken by terrorists in 2014 after he had dropped out of school to visit the war-torn country.

A written statement from Kurdish authorities, obtained by CBC in mid-January, said Letts is being investigated by “anti-terror” units, but once the case is settled he can be released into the custody of either Canada or Britain.

“Therefore, we ask the parents of Jack Letts and their legal representative to ask the U.K. and Canadian governments to officially request the handover of Jack Letts from the officials of the [Democratic Federation of Northern Syria] so that the handover can proceed officially,” said the statement obtained by Brewster. “However, so far there has been no official request from neither Canadian or British governments.”

The British government hasn’t indicated any interest in allowing Letts to return to the U.K.

This puts the Liberal government of Prime Minister Justin Trudeau, which in one of its first acts in power abolished the preceding Conservative government’s legislation stripping suspected terrorists of their Canadian citizenship, in a delicate position.

“I don’t see how Canada would refuse to at least give him a one-way travel document to Canada,” Peter Edelmann, who testified before a Commons committee about the former Conservative government’s legislation stripping citizenship from suspected terrorists, told CBC News.

“That doesn’t mean he won’t come straight into custody in Canada. He may well have committed an offence that is prosecutable in Canada. I don’t know what he is alleged to have done in Syria but there may be a basis for prosecuting him here.”

Based on reporting by Murray Brewster of CBC News